Sheryl Crow, at a Rock and Republic fashion show Monday in Culver City, Calif., doesn't let the rain dampen her spirits. "I'm really dedicating my life right now to getting back on my feet," the singer, recently treated for breast cancer, told PEOPLE. "I'm like a walking poster child for mammograms, and I'm just living life."

At the New York City premiere of her movie Lonesome Jim on Tuesday, Liv Tyler shines in Marc Jacobs. On her feet: "My favorite Christian Louboutin shoes, which are sickeningly tall," she tells PEOPLE. "In my size (10), they're like drag queen shoes. I have the biggest feet ever."

Paris Hilton burns rubber on a riding lawnmower Tuesday in Los Angeles, where she was filming a gardening-themed episode of The Simple Life. Hilton tore through a flower bed and later got her dress caught in a leaf blower.

Jessica Alba rises to the occasion at Women in Film's Girls in the Director's Chair event in Los Angeles on Tuesday. Along with top female producers and directors, Alba served on a panel that encouraged girls to pursue behind-the-camera jobs in entertainment.

In Madrid on Tuesday, Sharon Stone makes a wish at a press conference for her movie Basic Instinct 2. The actress turned 48 on March 10.

Wilmer Valderrama, Eva Longoria and a mic-hogging Jamie Foxx (who arrived as Longoria's date and sang an a cappella version of "Gold Digger") clown around at the premiere party for Valderrama's new MTV comedy show, Yo Momma, in West Hollywood on Monday.

Laguna Beach star – and new pal of Nick Lachey – Kristin Cavallari refuels with some gas (and some caffeine) in Los Angeles on Monday.

Brad Pitt – who, despite the rumors, did not marry Angelina Jolie in Italy over the weekend – looks a bit bleary eyed after a four-hour meal at the Paris restaurant L'Avenue on Monday.

John Leguizamo, Queen Latifah, Ray Romano and Josh Peck (from left) leave a frosty impression at the Hollywood premiere of their movie Ice Age: The Meltdown on Sunday.

Demi Moore has her hands full Saturday during a day out in Beverly Hills with daughter Scout, who, at 14, already shows her mother's affinity for stripey style.

Jodie Foster and Denzel Washington share some face time Monday at the New York City premiere of their Spike Lee-directed thriller Inside Man. "I don't think I have ever worked with an actor who is as good as Denzel," Foster told PEOPLE. 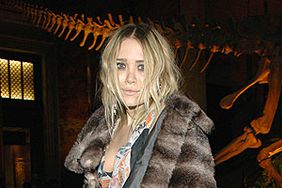 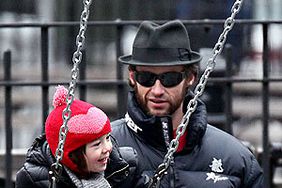