After unveiling her modeling past, Katherine Heigl flaunts her stuff in a Maria Lucia Hohan gown at the Paris premiere of One for the Money in France.

Missi Pyle holds tight to Uggie Tuesday while attending the Los Angeles City Council's presentation of the Made in Hollywood Award alongside Jean Dujardin. The inaugural honor was given to The Artist for shooting exclusively in L.A.

Gabriel Aubry goes full swing ahead with daughter Nahla, 3, during a daddy-and-me playdate in Beverly Hills on Tuesday.

Oscar nominee Melissa McCarthy ditches her red carpet getups' for a casual day out in Beverly Hills on Tuesday.

Guess he's a Giants fan! Bill Murray lets the football fly – with a little help from David Letterman – during an appearance on the Late Show Tuesday in New York.

TWO AT A TIME

THE 'SMIZE' HAS IT

Another day, another Big Apple excursion! A pretty in pink Jennifer Lopez keeps close to beau Casper Smart while returning to their New York City hotel on Tuesday.

A Dangerous Method costars Michael Fassbender, Keira Knightley and Viggo Mortensen stick together for the premiere of their film at London's Mayfair Hotel on Tuesday.

Flashing a picture-perfect smile, Rachel McAdams lights up the scene in a multicolored dress while arriving to N.Y.C.'s Good Morning America on Tuesday.

Nick Jonas pays an early morning visit to Z100's Elvis Duran and the Morning Show Tuesday in N.Y.C., where he discussed his starring role in the Broadway production of How to Succeed in Business Without Really Trying. 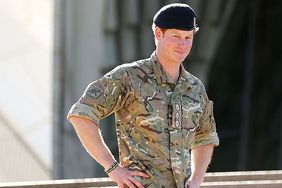