Jennifer Lopez greets fans from atop a double-decker bus in N.Y.C. on Monday to promote her new movie, Hustlers.

You Are What You Eat

Serena Williams showcases her Wheaties box on Monday during the Real Talk with Two Female Champions Inspiring the Next Generation event during New York Fashion Week.

Jessie James Decker and husband Eric Decker have a moment on Monday during a visit to Extra at the Levi's store in New York City's Times Square.

Jennifer Lawrence and fiancé Cooke Maroney are totally in sync on Monday after getting massages in N.Y.C.

Judy stars Finn Wittrock and Renée Zellweger get close on Monday in the Variety Studio at the Toronto International Film Festival in Canada.

Emily Blunt looks radiant at the Tory Burch spring/summer 2020 Fashion Show on Sunday at the Brooklyn Museum in N.Y.C.

Costars Matthew Rhys and Tom Hanks pose together at a panel discussion for their film A Beautiful Day in the Neighborhood on Sunday during the Toronto International Film Festival.

Shailene Woodley and Ansel Elgort reunite at the Hollywood Foreign Press Association and The Hollywood Reporter party at the 2019 Toronto International Film Festival at the Four Seasons Hotel Toronto on Saturday.

Sarah Paulson signs autographs for fans on the streets of Toronto on Sunday during the starry film festival.

Nicole Kidman beams at The Goldfinch premiere during the 2019 Toronto Film Festival on Sunday at Roy Thomson Hall in Toronto.

Keegan-Michael Key lounges around at AT&T On Location during the 2019 Toronto Film Festival on Sunday at the Hotel Le Germain.

Leonardo DiCaprio arrives at the And We Go Green premiere on Sunday at the 2019 Toronto Film Festival at the Ryerson Theatre in Toronto.

Chris Evans and Robert Pattinson look sharp at Entertainment Weekly’s The Must List party during the Toronto International Film Festival on Saturday.

Usher performs during the 10th annual ONE Musicfest on Sunday at Centennial Olympic Park in Atlanta.

Rihanna arrives at N.Y.C.’s John F. Kennedy airport toting only a micro-purse as her hand luggage on Sunday.

Neil Patrick Harris hands out treats at the Quaker Chewy food truck in New York City over the weekend to celebrate wholesome snacking and the brand’s partnership with AdoptAClassroom.org.

Costars Michael B. Jordan, Jamie Foxx and Brie Larson chat after a special screening of their Warner Bros. film Just Mercy on Sunday in N.Y.C.

Katy Perry flies under the radar in a baseball cap and sunglasses while running errands on Sunday in L.A.

Ireland Baldwin sits by her father and the star of the night during the Comedy Central Roast of Alec Baldwin on Saturday at the Saban Theatre in Beverly Hills.

Rita Ora breaks it down during her performance at the Lollapalooza Festival in Berlin, Germany, on Saturday.

Honoree Marcia Cross and former costar Eva Longoria hug on the carpet at Farrah Fawcett Foundation’s Tex-Mex Fiesta on Friday at the Wallis Annenberg Center for the Performing Arts in Beverly Hills.

T.I. and wife Tameka “Tiny” Harris cozy up at the 2019 Black Music Honors, where her band Xscape was awarded the urban music icon award, on Thursday in Atlanta.

Lily Collins holds hands with new boyfriend Charlie McDowell while out and about in N.Y.C. on Saturday.

Anna Kendrick points a wand at Harry Potter actor James Snyder backstage at the hit play Harry Potter and the Cursed Child, Parts One & Two on Broadway on Saturday in N.Y.C.

On Saturday night, Kristen Stewart and Taika Waititi cozy up at Entertainment Weekly's The Must List party during the Toronto International Film Festival.

Kristen Stewart and Anthony Mackie speak about their film Seberg together during the Toronto International Film Festival on Friday.

Brie Larson kicks off the Toronto International Film Festival on Friday with a fashionable bang, arriving at the Just Mercy premiere in a eye-catching dress and pink heels.

Meanwhile, Jamie Foxx strikes his signature pose for the cameras at the Just Mercy premiere.

Elsewhere at the Just Mercy premiere, Michael B. Jordan gets the fans going.

At the Princess of Wales Theatre in Toronto on Friday, Jason Segel and Dakota Johnson premiere their new movie, The Friend.

Normani and Tyra Banks pose together at Target’s 20th Anniversary Collection Launch Celebration at the Park Avenue Armory on Thursday in N.Y.C.

Sarah Jessica Parker sprinkles magic in Times Square with Harry Potter and the Cursed Child on Thursday in N.Y.C.

Sarah Silverman and Sacha Baron Cohen arrive at The Spy screening and reception on Thursday at the Netflix Home Theater in L.A.

Toast of the Town

Wells Adams and Sarah Hyland cuddle up at the launch of Facebook Dating on Thursday in N.Y.C.

Bill Skarsgard grabs the mic at the IT Chapter Two film premiere on Thursday in Stockholm, Sweden.

New Zegna campaign star Mahershala Ali celebrates the brand’s “What Does It Mean to Be a Man Today?” ad campaign on Thursday in N.Y.C.

Charlie Cox, Tom Hiddleston and Zawe Ashton pose at the opening night party for their play Betrayal on Broadway at The Pool at the Seagram Building in N.Y.C. on Thursday.

Cover star Camila Cabello strikes a pose at the ELLE Women in Music event, presented by Spotify and hosted by Nina Garcia, Jameela Jamil and E! Entertainment, at The Shed on Thursday in N.Y.C.

Queen Latifah and Andy Cohen cheer in the stands as Serena Williams plays her semi-final match at the 2019 U.S. Open on Thursday at the Billie Jean National Tennis Center in N.Y.C.

Ciara is honored with the Icon 360 Award during Harlem Fashion Row at One World Trade Center on Thursday in N.Y.C.

Tyler Cameron is seen in N.Y.C. on Wednesday looking dapper in a blazer and fitted trousers.

Naturi Naughton stuns at the ESSENCE Best in Black Fashion Awards on Wednesday at the Affirmation Arts in N.Y.C.

Jacob Anderson and Joe Dempsie pose together at Professor Green’s M.O.T.H. (Matters of the Heart) EP launch party at The Court on Thursday in London.

Orlando Bloom smiles for the cameras on Thursday while leaving his New York City hotel.

Maisie Williams and boyfriend Reuben Selby head to lunch in N.Y.C. on Thursday.

Val Chmerkovskiy strikes a pose on Thursday during a visit to the SiriusXM studios in N.Y.C.

Emily Ratajkowski walks her dog Colombo on a max-bone leash on Thursday in N.Y.C. 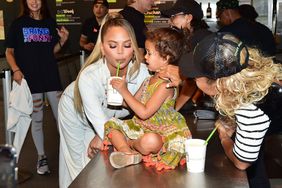 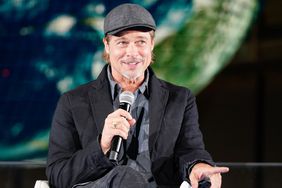 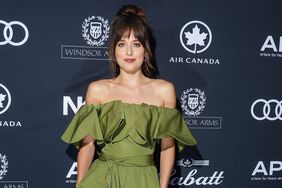 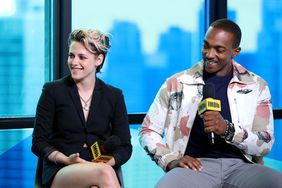 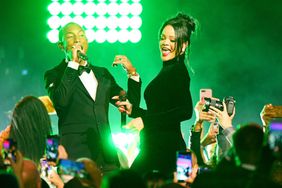 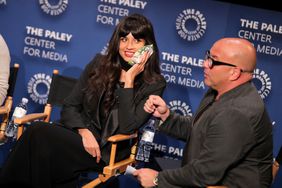 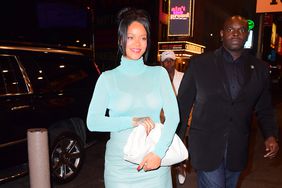 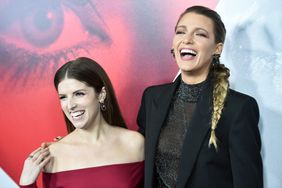 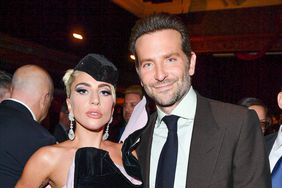 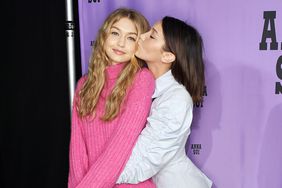 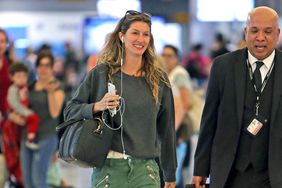 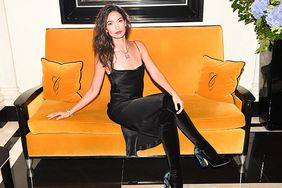