Christina Aguilera looks like she stepped out of the 1960s in her fluorescent Pucci dress at the Africa Rising concert in London on Tuesday. The singer told PEOPLE at the event that she's already thinking of a sibling for 9-month-old son Max. "Absolutely, we'll definitely have more kids," she said.

Justin Timberlake checks out his fore score at a charity golf event he hosted on Monday to benefit the Shriners Hospitals for Children in Las Vegas. The singer will also lead a star-studded concert in Vegas for the same cause on Oct. 17.

Madonna (in Dolce amp Gabbana) shoots to thrill with her pistol-heeled Chanel stilettos Monday at the New York City premiere of her movie Filth and Wisdom. The Material Mom makes her directorial debut with the dramedy about three flatmates living in London.

Also making the scene at the Filth and Wisdom premiere: New parents Jessica Alba and husband Cash Warren, who stepped out without 4-month-old daughter Honor Marie.

Shia LaBeouf – who recently got injured on the set of the Transformers sequel – travels light as he departs for a flight at Los Angeles International Airport on Monday.

Almost a month after the birth of son Brendan Joseph, Mark Wahlberg hits the red carpet on Monday with fiancée Rhea Durham at the L.A. premiere of his action flick Max Payne.

LeAnn Rimes and husband Dean Sheremet clown around at the ASCAP Country Music Awards at Nashville's Ryman Auditorium on Monday. The singer, who told PEOPLE she recently moved to a new house, paid musical tribute to Reba McEntire at the event.

And she surfs, too! Serena Williams puts down the racket and stands up to the waves while hanging ten Monday with rapper beau Common in Hawaii.

Lindsay Lohan makes a fashion statement in a lively pair of her leggings while en route to a launch event for her new 6126 line at the Henri Bendel store in New York City on Monday. The actress recently blogged on her MySpace page that she named her collection after Marilyn Monroe's birthdate "because to me she represents timeless, confident glam."

Halle Berry – toting her eco-friendly yoga mat – is in a Zen state of mind after a class Monday at the Dance Arts Academy in Los Angeles.

Charlize Theron does some heavy lifting Monday, picking up her pet pooch from a vet's office in Los Angeles.

Not letting the windy weather weigh her down, Renée Zellweger stays connected and charged up while running errands Monday in New Orleans. 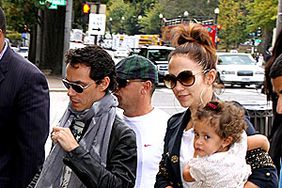 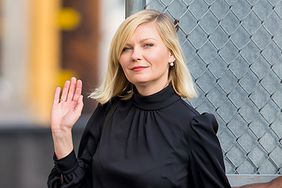