Hana Cross and boyfriend Brooklyn Beckham hit the red carpet at the Chopard party in Cannes, France, on Tuesday.

BTS in the Building

The guys of BTS pose for pics inside the Empire State Building in N.Y.C. on Tuesday, in celebration of their iHeartRadio LIVE performance that evening.

Tilda Swinton and daughter Honor Swinton Byrne attend the screening of Parasite during the Cannes Film Festival on Tuesday.

Beanie Feldstein arrives at the Today studios in N.Y.C. on Tuesday to talk up her new film, Booksmart.

Barkha Shewakramani and Sofia Richie share a hug at the Barkha Beauty Summer Brunch at Nobu Malibu on Thursday.

Jon Hamm gives two thumbs up to photographers as he arrives at Jimmy Kimmel Live! to talk about his role in Amazon’s new mini-series Good Omens on Monday in L.A.

Cardi B takes off her heeled boots during her performance at Hangout Music Festival in Alabama on Sunday.

Michelle Rodriguez and a pal kick back on a yacht in Cannes, France, on Monday.

Katie Holmes brings her mother Kathleen as her date to the American Ballet Theatre 2019 Spring Gala at the Metropolitan Opera House in N.Y.C. on Monday.

Will Smith gets into character as Genie and dances through a crosswalk alongside host James Corden, dressed as Aladdin’s monkey Abu, while filming a musical segment of The Late Late Show on Monday in Los Angeles.

David Burtka poses with daughter Harper Grace and son Gideon Scott at the opening night celebration for the immersive theatrical experience Pip’s Island, benefitting the Hole in the Wall Gang Camp, on Monday in N.Y.C.

Vivica Fox shows of her extra-long ponytail at the Lifetime Summer Luau 2019 at the W Los Angeles on Monday.

Emily Ratajkowski cuddles up to her new puppy on her walk home from lunch in N.Y.C. on Monday.

See and Be Seen

Ethan Herisse, Asante Blackk, Joshua Jackson, Marquis Rodriguez and Caleel Harris attend the world premiere of Netflix's When They See Us on Monday in N.Y.C.

Common signs copies of his new book Let Love Have the Last Word during a chat with Atlanta Mayor Keisha Lance Bottoms at The Gathering Spot in Georgia on Monday.

Chrissy Teigen thinks pink on Monday night during an event to help Pepsi kick off #summergram in N.Y.C.

Jennifer Garner and Molly Sims chat with a pal as they go for walk in L.A. on Monday.

Kyra Sedgwick rocks a bright blue cross-body bag while out and about in New York City on Monday.

Taron Egerton gives his mom a smooch while hitting the red carpet with girlfriend Emily Thomas at the premiere of Rocketman on Monday in London.

Eva Longoria brings husband José Bastón and their son Santiago as her dates to The Global Gift Initiative event during the Cannes Film Festival in France on Monday.

Emma Thompson and husband Greg Wise cozy up at a Gala Screening of Late Night at Picturehouse Central in London on Monday.

On Monday, Michael Gandolfini arrives to the set of The Many Saints of Newark in Ridgewood, New York.

Millie Bobby Brown wears a chic polka-dotted gown as she shows fans some love at the premiere of Godzilla: King of the Monsters at TCL Chinese Theatre on Saturday in Hollywood.

Reese Witherspoon opens up about motherhood and season 2 of Big Little Lies on The Ellen DeGeneres Show on Monday in L.A.

Kate Middleton meets with children during the RHS Chelsea Flower Show in London on Monday.

Costars Jane Fonda and Lily Tomlin crack each other up at the Netflix FYSEE Grace and Frankie ATAS Official Red Carpet and Panel at Raleigh Studios on Saturday in L.A.

Gwen Stefani stops for a pic with Snoopy during a trip to the Calico River Rapids in California on Sunday.

Meek Mill shows off his chains at DJ Khaled’s SNL afterparty dinner at TAO Downtown on Saturday in N.Y.C.

Smokey Robinson and Cameron Diaz smile together at EEEEEatscon 2019 at Barker Hangar on Sunday in Santa Monica, California.

Helen Mirren debuts a new pink ‘do at the premiere of The Best Years of a Life at the Cannes Film Festival in France on Saturday.

Dr. Bassett to You

Angela Bassett flashes a peace sign beside President of Morehouse College David A. Thomas before receiving an honorary doctorate at the college’s 135th Commencement on Sunday in Atlanta.

Rita Moreno attends the 17th annual Peabody Awards, sponsored by Mercedes-Benz, at Cipriani Wall Street on Saturday in N.Y.C., where she became the first-ever Latin recipient of the Peabody Career Award. 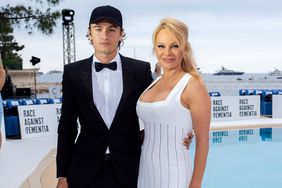 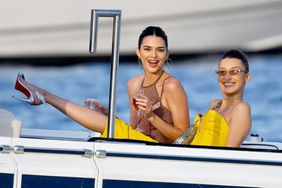 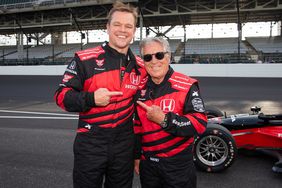 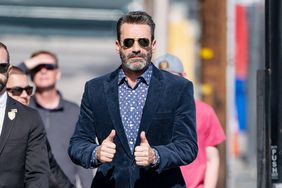 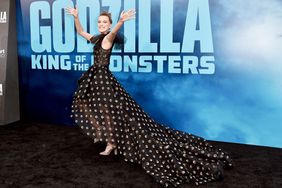 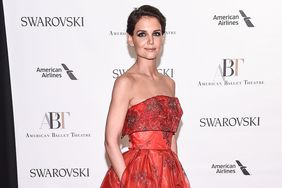 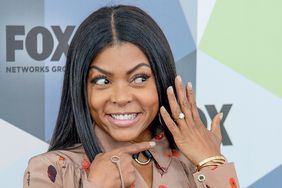 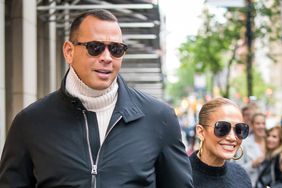