A cheerful Angelina Jolie moves ahead with filming her spy thriller Salt – and sticks with her blonde hair – on Thursday in Washington, D.C. Later in the day, her partner Brad Pitt will meet with Speaker of the House Nancy Pelosi to discuss his Make it Right project.

Adding a colorful arrangement to her latest look, Katie Holmes rocks rainbow-colored beads Wednesday while filming her latest comedy, The Extra Man, at the Russian Tea Room in N.Y.C.

Newly engaged couple Hayden Christensen and Rachel Bilson spend a casual day Wednesday in Malibu, where they reportedly stopped for lunch at a café and checked out a house.

A chic Blake Lively is seeing things in black and white Wednesday at the launch event for the new DKNY Men fragrance at the Hotel on Rivington in New York City. The event was hosted by the face of the scent, model Mark Vanderloo, and new Real Housewives of New York City star Kelly Bensimon.

Jennifer Love Hewitt tries on pregnancy for size, sporting a prosthetic baby bump on the Los Angeles set of her hit show the Ghost Whisperer Wednesday.

Why so serious? Seth Rogen plays it cool at the premiere of his animated flick, Monsters vs. Aliens, Thursday in Sydney, Australia. The actor voices gelatinous monster B.O.B. in the 'toon, which will be released in the States on March 27.

Kristen Bell takes the stage Wednesday, offering up a little entertainment at the Night at Sardi's event, benefiting the Alzheimer’s Association, in Beverly Hills.

Looking ready to spring into summer, Fergie keeps cool with a hot accessory – check out that Valentino handbag! – while running errands in Torrance, Calif., on Tuesday.

Could she be thinking happy thoughts? Cameron Diaz starts her day with a smile while leaving her apartment in New York City on Wednesday.

Despite their on The City, Whitney Port and boyfriend Jay Lyons look in sync after dinner Tuesday back on her home turf at West Hollywood eatery STK.

Offering her furry friends a first look, Jessica Lowndes gives her pet pups a sneak peak of the 90210 set on Tuesday while on a break from filming in West Hollywood. 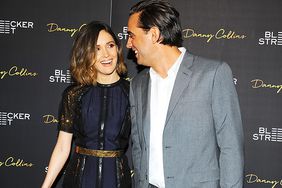 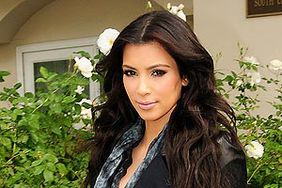