Pack on the PDA

Arnold Schwarzenegger puffed on a cigar while riding around Santa Monica, California, on his motorcycle.

Walk Around the Block

Katie Couric got some fresh air during a walk in her neighborhood.

Rita Moreno walked her dog in Berkeley, California, for a fun exercise session.

Dax Shepard was spotted heading to a store while wearing an arm cast, glove and carrying disinfecting wipes in Los Angeles.

Henry Golding and wife Liv Lo had a family walk with their newly fostered dog Stella.

Jason Priestley and wife Naomi Lowde-Priestley stocked up on food in Los Angeles during an outing.

Anderson Cooper makes his way through New York City by bike on Friday.

Cole Sprouse hangs out near home on Friday in Los Angeles.

Nina Dobrev gets dressed up for a quick outing in L.A. on Friday.

Laura Dern takes a walk through the neighborhood in Santa Monica on Thursday.

Amy Schumer and her husband, Chris Fischer, take a walk together in N.Y.C. on Thursday

Megan Fox looks cozy as she goes grocery shopping in L.A. on Thursday.

Patrick Schwarzenegger and girlfriend Abby Champion grab a drink and go for a walk together in L.A. on Thursday.

Olivia Wilde steps out in athleisure to walk her dog on Thursday in L.A.

Another day, another workout for Reese Witherspoon, who goes for a walk in L.A. on Thursday.

Lucy Hale and her dog take a break on Thursday after grabbing coffee in Los Angeles.

Hugh Jackman and his French bulldog go for a stroll in New York City on Wednesday. 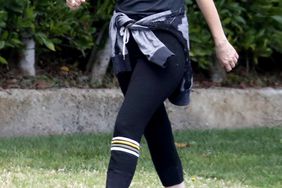 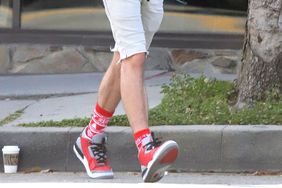 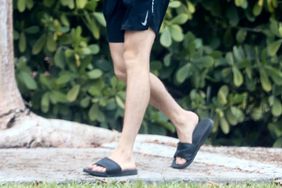 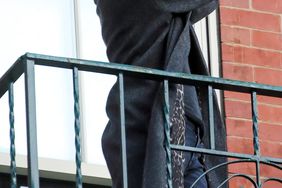