A newly clean-shaven Brad Pitt makes a minor fix on his plane Friday before taking a flying lesson in Santa Monica. Girlfriend Angelina Jolie is already a licensed pilot.

Prince William, with dad Prince Charles by his side, meets and greets Maj. Gen. Andrew Ritchie upon arriving Sunday at the Royal Military Academy Sandhurst. William, 23, will begin training at the elite school outside London; brother Prince Harry, 21, graduates in April.

Coldplay singer Chris Martin (left) takes a morning walk in London on Friday; the previous day, his wife and fellow pavement-pounder, Gwyneth Paltrow (who's rumored to be pregnant again) headed to her BMW SUV after meeting up with a pal in North London.

Orlando Bloom ducks the spotlight as he and his leading lady, Kate Bosworth, leave a performance of Cirque du Soleil: Alegria in London on Thursday.

Paris Hilton makes a grand exit from Hollywood eatery Koi on Thursday. The heiress could soon face a less friendly locale – two lawsuits against her (for slander and harassment) are heading to court.

Russell Crowe gets a grip on squirming son Charles at a cricket game in Sydney, Australia, on Wednesday. The toddler, Crowe's son with wife Danielle Spencer, turned 2 on Dec. 21.

Kelly Osbourne, who's had jet-black and bright-orange hair in recent months, sports a spiky white do in Hollywood on Wednesday. Also new: the puppy she's toting.

With mom Dina, Lindsay Lohan leaves a Miami hospital Thursday, three days after suffering a severe asthma attack. The actress, who admitted to using drugs "a little" in Vanity Fair, was heading home to New York.

Jake Gyllenhaal has his hands full on Wednesday in Hollywood, where he took his German shepherd mix, Atticus (whom he adopted in 2004 with then-girlfriend Kirsten Dunst), and his new puggle puppy for a romp in a local park. 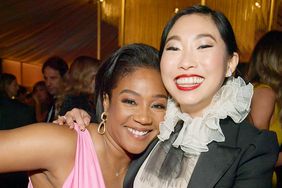 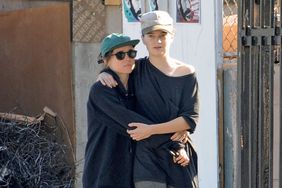 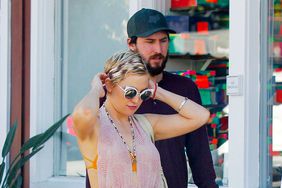 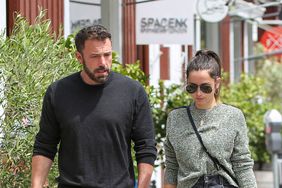 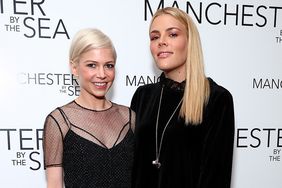 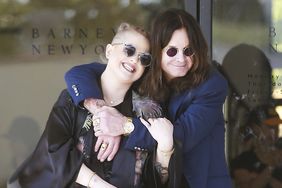