Rihanna looks stunning as she celebrates the launch of FENTY at Bergdorf Goodman on Friday in N.Y.C.

Alec Baldwin, his daughter Carmen and his wife Hilaria all sit front row at the Badgley Mischka fashion show in N.Y.C. on Saturday.

Parasite director Bong Joon Ho poses with two of his four Oscars after the awards show in L.A. on Sunday night.

Michelle Obama and Oprah Winfrey greet the crowd at Oprah's 2020 Vision: Your Life in Focus Tour presented by Weight Watchers Reimagined on Saturday at Barclays Center in Brooklyn, New York.

Don and Peggy - er, Jon Hamm and Elisabeth Moss - playfully pose together at the 2020 Film Independent Spirit Awards on Saturday in Santa Monica.

Miley Cyrus performs at the Sunset Marquis in West Hollywood on Saturday.

Instagram's Dude with Sign gets Justin Bieber to shut down calls for him to shave his mustache on Sunday in Brooklyn, New York.

Kendall Jenner chats with friends in the front row at the Longchamp show during New York Fashion Week on Saturday.

Natalie Dormer and David Oakes, who starred alongside each other in Venus in Fur, get cozy in L.A. on Saturday.

John Krasinski stops by The Ellen DeGeneres Show on Monday in L.A. to chat about his new film, The Quiet Place Part II, and does a few lunges in the process.

Emma Roberts rocks a sweater and jeans while strolling in Beverly Hills on Saturday.

Emilia Clarke supports her pal Ollie Gommie at his exhibition opening at Messums London on Saturday.

Cody Simpson hits the e1972 show in double denim on Saturday in N.Y.C.

'Cut to the Feeling'

Carly Rae Jepsen gives the crowd all the feels as she takes the stage in an all-black ensemble at Brixton Academy in London on Saturday.

Martha Hunt and Bacardi Global Advocacy Director Jacob Briars Go Back to the Bar at Bathtub Gin in N.Y.C.

Hustlers director Lorene Scafaria and star Jennifer Lopez get together at the 2020 Film Independent Spirit Awards in Santa Monica, California, on Saturday.

Rihanna is spotted on a casual day in New York City on Friday, wearing a bright-green hat and a Metallica T-shirt.

Kylie Jenner strikes a pose at the Tom Ford autumn/winter 2020 show at Milk Studios in L.A. on Friday.

Jennifer Lopez and Renée Zellweger are front-row pals at the Tom Ford autumn/winter 2020 show at Milk Studios in L.A. on Friday.

Gigi Hadid goes backstage at the Tom Ford autumn/winter 2020 show at Milk Studios in L.A. on Friday, getting her makeup done before hitting the runway.

Kanye West and Kim Kardashian West celebrate the launch of SKIMS at Nordstrom in New York City on Wednesday.

Prince William throws his arms up in victory on Wednesday while playing table football with some British football stars as they launch the Heads Up Weekends - an initiative for teams to highlight mental health during their games - in London.

Lucy Hale is ready for Valentine's Day on Wednesday while celebrating her themed Katy Keene windows at Saks Fifth Avenue in N.Y.C.

Rami Malek and Lucy Boynton keep it low-key on Wednesday while out in N.Y.C.

Jessica Simpson continues her book tour style streak on Wednesday outside the New York City studios of The View.

Tan France and Kumail Nanjiani greet each other at SiriusXM Studios in N.Y.C. on Wednesday.

Harrison Ford poses for photos during a press conference for his new film The Call of the Wild at the Four Seasons Hotel in Mexico City on Wednesday. 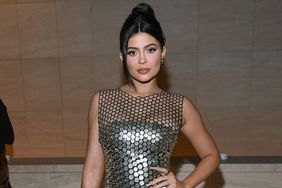 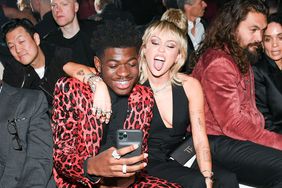 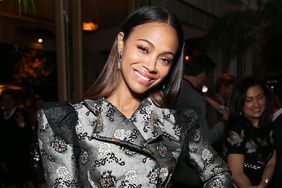 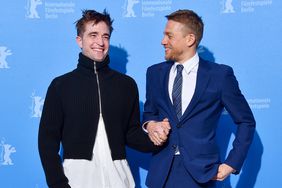 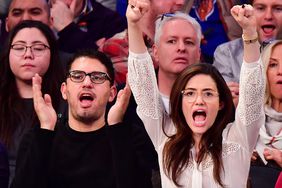