Fergie lets her fingers do the talking while rocking the stage Friday during a performance alongside her Black Eyed Peas bandmates on the Today show in New York's Rockefeller Center. The band performed "Boom Boom Pow" and "I Gotta Feeling" off their latest album, The E.N.D.

Enjoying a leisurely drive around town, George Clooney gets his motor running with a scooter ride near his Lake Como, Italy, home on Thursday. Ever the gentleman, Clooney even stopped to sign autographs and take photos with local law enforcement.

Is this seat taken? While she kept her distance from on-again, off-again boyfriend Chris Brown (who was also in attendance), Rihanna soaks up the atmosphere courtside Thursday during Game 4 of the NBA finals between the L.A. Lakers and the Orlando Magic in Orlando.

Real Housewives of Orange County star Gretchen Rossi adds some sparkle to her Harley-Davidson (given to her by her late fiancé Jeffrey Beitzel) in Costa Mesa, Calif., on Thursday.

Kim Kardashian glistens – literally! – with her Ports 1961 by Tia Cibani gown Thursday as she arrives for the closing ceremony of the Monte-Carlo Television Festival in Monaco.

KISS FROM A ROSE

Looking fresh after a long flight, Halle Berry accepts a rose-filled bouquet at Shanghai's Pudong International Airport in China on Thursday. The actress is in the coastal city for the 12th annual Shanghai International Film Festival, where she'll reportedly hit the red carpet Friday night.

Chocolate or vanilla? Eva Longoria Parker serves up a frozen treat during an appearance at a Wendy's in Selma, Texas, on Thursday. The actress, who worked at the fast food chain in the early '90s, kicked off the third annual Father's Day Frosty Weekend, benefiting the Dave Thomas Foundation for Adoption.

The Jonas Brothers – (from left) Kevin, Joe and Nick – band together for a visit to the Late Show with David Letterman in New York City on Thursday. The trio promoted their upcoming album Lines, Vines and Trying Times, which is due out June 16.

A happy Adam Lambert gets ready to hit the road Thursday in Los Angeles. The newly signed American Idol runner-up recently cleared up speculation about his sexuality – and admitted he had a crush on winner Kris Allen during the competition – in Rolling Stone.

What would Edward Cullen think? Kristen Stewart – rocking yet another T-shirt! – takes a walk on the dark side as she shows off her new shorter do while out Thursday in Los Angeles.

Hola, chica! Ashley Tisdale heads to Spain on Thursday to celebrate the launch of her upcoming album, Guilty Pleasures, at the De las Letras Hotel in Madrid. The album hits U.S. stores on July 28.

Showing off her long and lean legs in a stylish black and white pattern dress, Kate Moss is all business after a meeting in London on Thursday.

Eva Mendes sets a gold standard in her form-fitting Michael Kors dress at a launch event Thursday for the new Cartier Love bracelet at the Cartier Mansion in New York City. Proceeds from the jewelry – made from 18-carat gold and encrusted with a single diamond – will go toward the nonprofit children's charity The Art of Elysium. 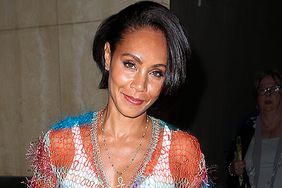 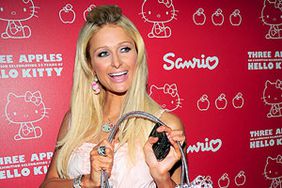