Lindsay Lohan, who's headed to a morgue as part of her DUI plea deal, makes time for a shiny companion and a lively pastime – shopping! – at Diavolina in West Hollywood.

Miley Cyrus gets a chance to pal around with fellow Disney star Ashley Tisdale Thursday at the Hollywood premiere of Hannah Montana amp Miley Cyrus: Best of Both Worlds concert 3D film. "I'm so excited to be here," crowed the 15-year-old Cyrus. "It's the first time I've ever been at my own premiere."

After denying she was lip-syncing during a recent concert, a shiny Hilary Duff belts out a few numbers during a stop in Guadalajara, Mexico on Thursday. Duff's tour will move to Brazil and Australia in the coming weeks.

In Park City, Utah, for the Sundance Film Festival, Mary-Kate Olsen cozies up to Colin Farrell at the premiere of his action-comedy In Bruges on Thursday at the Lift.

On the fly at New York's John F. Kennedy Airport on Thursday, singer Pink shows off her dark, closely cropped new do.

Manhattan on Thursday after appearing on the Late Show with David

With time on their hands due to the writers' strike, Ugly

opening of The Palazzo Las Vegas Hotel and Casino.

Father-to-be Matthew McConaughey – sporting the color of his favorite team, the University of Texas Longhorns – flashes his famous smile while leaving his Malibu home on Thursday.

With less than two weeks to go until he competes in a 24-hour auto race, a calm and cool Patrick Dempsey cruises out of a Hollywood gym Wednesday.

An exotically wrapped Ashley Olsen gets a handle on her vehicle Thursday after running errands in West Hollywood.

After indulging in a little retail therapy, Jessica Alba continues to pound the pavement Thursday, this time shopping for home furnishings in Los Angeles.

A grim-looking Amy Winehouse, whose husband, Blake Fielder-Civil, can't legally divorce her just yet, stops into a London newsstand Thursday after visiting him in jail.

Kristin Cavallari gets close to heiress Paris Hilton Wednesday night at yet another birthday bash, this one at the Stone Rose Lounge in West Hollywood. 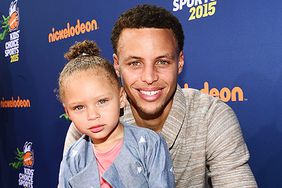