Despite husband Josh Duhamel's recent airplane woes, Fergie is all smiles Thursday as she heads to a meeting in Santa Monica, Calif.

Baby it's cold outside! Maggie Gyllenhaal and her bundled-up babe, 4-year-old daughter Ramona, brave the wintry weather on Thursday while walking through their Brooklyn neighborhood.

Pete Wentz and wife Ashlee snuggle up to the cat of the hour Thursday at the Hundreds x Garfield pop-up shop in Santa Monica, Calif. "So many good artists/good peeps. Lasagna!" he Tweeted.

Gerard Butler chats with a friend while taking a wintertime stroll in New York Thursday.

A beaming Ricky Martin looks muy caliente Thursday at the 2010 Premios People en Español Awards at the Cafeina Wynwood Lounge in Miami. The Latin singer picked up the Star of the Year award at the bash.

They're back for more! Seraphina, 23 months, and mom Jennifer Garner pay another visit to Color Me Mine studios in Santa Monica, Calif., Thursday.

This Gossip Girl's upwardly mobile! Blake Lively makes a casual stop at a Best Buy in New York on Thursday, where she checked out the smartphones on display.

Owen Wilson pays a visit to the Today show in New York Thursday, where the funnyman discussed his starring roles in not one, but two holiday flicks: How Do You Know and Little Fockers.

Jessica Alba breaks out her chic winter wardrobe while reportedly heading to a business meeting Thursday in Culver City, Calif. The actress returns to the big screen Dec. 22 with Little Fockers.

After cuddling with a koala, Oprah Winfrey – and some lucky viewers – continues her Down Under adventure with a visit to Uluru (a.k.a. Ayers Rock) in Australia's outback on Thursday. 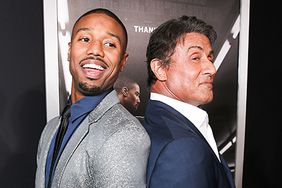