Jennifer Aniston shows off her best assets in a short and sweet color-blocked Lanvin mini at the L.A. premiere of her new comedy The Switch on Monday. The film, costarring Jason Bateman and Jeff Goldblum, hits theaters this Friday.

Former Bachelorette Ali Fedotowsky mugs for the cameras at the Style Network's Give amp Get Fete fund-raiser at Soho House on Monday in West Hollywood, Calif.

After a summer of good eatin' Jessica Alba does some chic belt-tightening Monday while running errands in N.Y.C.

Looks like the tooth fairy visited Ke$ha! The "Tik Tok" singer flaunts her newest accessory – a gold tooth – while out in N.Y.C. on Monday.

Who's putting the "L" in GTL? Jersey Shore's Sammi "Sweetheart" Giancola, who gets her clothes ready for the spin cycle on Monday. Giancola and the rest of her castmates are back in Seaside Heights, N.J., this summer to tape the third season of their MTV reality show.

She's a mom with a big-city agenda! Kate Gosselin flashes her gams – and her newly lightened locks! – while leaving a New York City salon on Monday.

Michael Cera follows his Scott Pilgrim vs. The World costar, father-to-be Jason Schwartzman, out of a Dublin, Ireland, hotel on Monday, where the actors continue to promote their new film.

Kanye West stays up-to-the-minute when it comes to looking good while walking and talking on the streets of New York City on Monday. The rapper will trade his cell phone for a microphone when he returns to the MTV stage next month to perform at the Video Music Awards.

Leighton Meester happily stays on trend – in platform sandals and cargo pants – while filming in New York on Monday. Blair and the rest of the Gossip Girl cast return to the CW for a fourth season on Sept. 13.

It's party time! Joe Jonas celebrates his birthday in studio on the New York set of FOX amp Friends with the help of brothers Kevin and Nick on Monday. The middle JoBro turned 21 on Sunday.

Who's a Team sport? Bradley Cooper, who rolls through Tokyo to continue promoting his summer action movie on Monday. The film opens in Japan on Aug. 20. 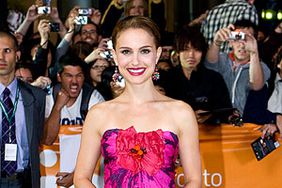