"Anybody that knows me knows that I'm definitely a guy's girl," Keibler tells PEOPLE

A source tells PEOPLE that Clooney, 50, and former WWE star and Dancing with the Stars contestant Stacy Keibler, 31, are still dating.

Speculation that they had cooled off surfaced when Keibler was a no-show on the red carpets at recent film festivals in Venice and Telluride, where Clooney has been promoting his films The Descendants and The Ides of March.

But they may finally be catching up on some quality time: both stars are expected to be in L.A., before Clooney jets to the Toronto Film Festival later this week.

On Friday, Keibler – who dated actor Geoff Stults on-and-off for five years before splitting in 2010 – attended the event Call of Duty XP, where she was coy regarding questions about her Oscar-winning beau, but gave a few hints as to why Clooney may be smitten.

“Anybody that knows me knows that I’m definitely a guy’s girl,” she told PEOPLE. “I just can really adapt to any kind of environment. So I can get all dressed up and have a great girls’ night out, and then can also be playing beer pong with the boys.”

“I’m always happy,” she added. “Anybody that knows me knows that I’m a very happy person.” 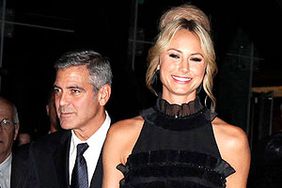 Stacy Keibler Is 'Living in the Moment' with George Clooney 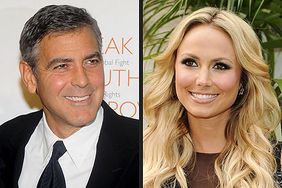 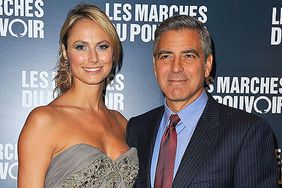 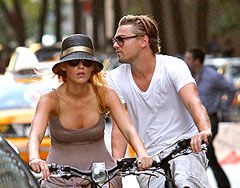