“They always claim they know me/Comin’ to me call me Stacy,” she famously sang – but now she’s officially “Fergalicious.”

Fergie, who was born Stacy Ann Ferguson, officially changed her name to Fergie Duhamel on July 10, according to documents filed in a Los Angeles county courthouse.

The pregnant pop star, 38, now has the same last name as her hubby, Josh Duhamel, whom she married in January 2009. The couple expect their first child in late August/early September.

Formerly a member of the all-girl group Wild Orchid in the early ’90s through early ’00s, the performer wasn’t known as Fergie until becoming the frontwoman of the Black Eyed Peas in 2003. 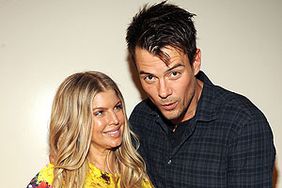