Steven Spielberg will receive a rarely presented NAACP Vanguard Award on Feb. 12, recognizing his achievements with “The Color Purple” and “Amistad” (both of which dealt with African-American subjects and cast blacks in leading and supporting roles). The award has been given only once before, in 1968, to producer Stanley Kramer (“The Defiant Ones,” “Guess Who’s Coming to Dinner”). In other news of Spielberg, the filmmaker and his “Saving Private Ryan” star Tom Hanks are said to be returning to the United Kingdom for another World War II drama: an 11-hour, $100-million-plus HBO miniseries, “Band of Brothers.” 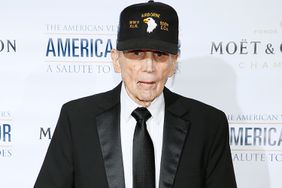