Spielberg on His Star

Though Tom Hanks said at a Thursday tribute in New York that he would not cast himself as the All American boy, several others at the event seemed to suggest he was just that. Steven Spielberg, who directed him in “Saving Private Ryan,” called him “one of the most moral, trustworthy actors on the motion picture screen today.” The director went on to say Hanks filled the role of “quietly natural American actors” from Hollywood’s heyday that he always wished he’d met — actors such as Spencer Tracy, Jimmy Stewart and Henry Fonda. “He’s like an anachronism,” said Spielberg. “He’s kind of from that old-time America, when tradition and pride in your country were things we didn’t scoff at. Tom’s the kind of guy who will rise during the national anthem at a hockey game with his hand on his heart and get all emotional.” 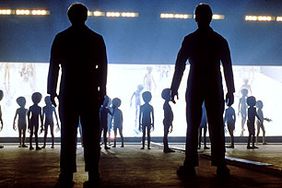 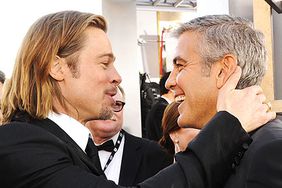