Spencer on Heidi's Album: 'Madonna, Eat Your Heart Out'

The Hills villian adds, "Every day is Valentine's Day in our relationship"

The love-’em-or hate-’em couple spent the weekend frolicking – a la her “Higher” video – around Atlantic City at the Borgata Hotel Casino & Spa.

The weekend was something of a prelude to Pratt and Montag’s getting back to business hyping Heidi’s much-mocked music career.

Despite the critical reception of her first single, Montag is set to record a follow-up next weekend.

Pratt, who directed “Higher,” said he’s handing over the reins to Paul “Coy” Allen, who helmed “Give it to Me” with Justin Timberlake, Timbaland and Nelly Furtado. (Not to worry Pratt fans: He promised he’d also release his own alternate version.)

“We’re financing [the album] ourselves on a shoestring budget,” Pratt said. “It’s so organic. And this is just the warm-up. We’re just heating up the water in the bathtub. It’s gonna get hot!”

As for their hot weekend at the Borgata, the couple arrived Friday night, in time for a decadent dinner at the Bobby Flay Steakhouse, followed by a Matchbox 20 concert – at which the two spent much of the show with their arms around each other.

The following day, they hit the hotel spa for a couple’s massage, shopped at the Whim boutique and made an appearance at club Mur.Mur.

“How do we keep romance alive?” Pratt mused to PEOPLE. “Our lives are romantic all day long. With us, it’s 24/7, always trying to keep each other happy. [This is] just another weekend to us. Every day is Valentine’s Day in our relationship.”

The Hills Finale: The Speidi Marriage That Wasn't 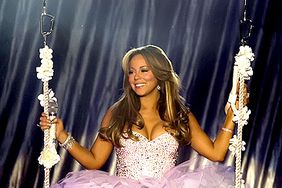