"Benji did not leave me for Paris Hilton," the Australian actress says in a statement

Sophie Monk says her breakup with rocker Benji Madden was amicable and she wishes her ex and his quickly found love Paris Hilton all the best.

“Let me make this as plain as possible – Benji did not leave me for Paris Hilton,” Monk, 28, said in a statement, according to Australia’s Herald Sun. “Benji and I did not break up badly or anything like that. We both decided, as adults, our relationship had run its course and decided to move on. I feel no animosity towards Benji and Paris at all and am very happy with life at the moment.”

Less than two weeks after Monk, an Australian native, and the Good Charlotte guitarist called off their engagement, Madden, 28, was seen with Hilton. On Friday, Hilton, 27, left the jewelry store XIV Karats of Beverly Hills wearing a ring on her engagement finger, but declined to reveal whether she had wedding plans. 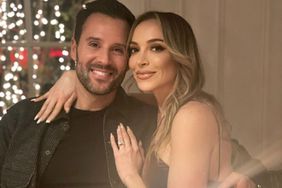