Prince Edward’s bride-to-be Sophie Rhys-Jones need have no fear — if her ex-beau is a man of his word. “Her secrets are safe with me,” her former boyfriend Army Major Guy Marot told Britain’s Sun, after reports had surfaced that he had topless photos of Sophie. Marot said no amount of money would persuade him to part with the photographs. “The pictures were taken on a holiday I had with Sophie many years ago when we were boyfriend and girlfriend. I will never negotiate their sale … they are not for the public arena.” Fergie was not so lucky a few years ago. Paparazzi shots of her frolicking topless with a beau peppered the British tabloids, which did not endear her to her former mother-in-law, Queen Elizabeth. 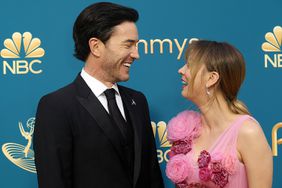