A California couple sailing around the world and giving out Bibles were hijacked by Somali pirates last week – then killed along with another couple as gunfire broke out between the U.S. Navy and their captors on Tuesday, according to the U.S. military.

Jean and Scott Adam, from Southern California, and Phyllis Mackay and Robert A. Riggle, from Seattle, were sailing the Arabian Sea, hundreds of miles off the coast of Oman, aboard a boat called the Quest. Their journey was part of an around-the-world expedition organized by Blue Water Rallies, whose organizers say the Quest broke off from the group on Feb. 15, taking an alternative route to Oman after leaving Mumbai.

The four were reportedly en route to Djibouti to refuel when pirates hijacked the Quest.

After news of their capture broke on Saturday, a Navy warship began shadowing their yacht. On Tuesday morning, the military said they heard gunfire coming from the Quest. A rescue force reportedly attempted to board the yacht, only to be fired upon by the pirates. Two pirates were killed in the exchange of gunfire.

Once aboard, the American force discovered the bodies of the four hostages, who had been shot and killed. Also discovered were the remains of two other pirates who apparently had died earlier.

“We express our deepest condolences for the innocent lives callously lost aboard the Quest,” Gen. James N. Mattis, U.S. Central Command Commander, said in a statement.

The hijacking occurred two days after a Somali pirate was sentenced to 33 years in prison for his role in the 2009 hijacking of the Maersk Alabama. A pirate named Hassan had told an Associate Press reporter earlier in the week that Americans would suffer “regrettable consequences” in retaliation.

According to the Adams’ personal Web site, as part of their travels, they were engaging in “friendship evangelism – that is, finding homes for thousands of Bibles, which have been donated through grants and gifts, as we travel from place to place.”

They had said their mission was to share their faith and allow it to “transform lives.” 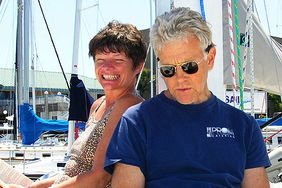 INSIDE STORY: How Dreams Turned Deadly for Hijacked American Sailors 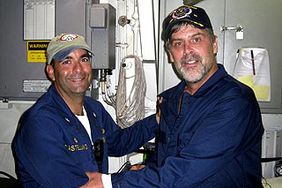 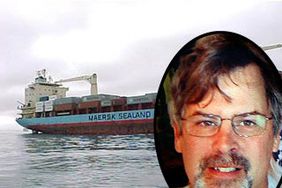 INSIDE STORY: The Dramatic Rescue of Capt. Richard Phillips 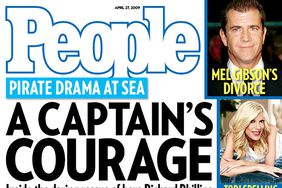