Sofia Vergara‘s son was on hand to film every moment of her 40th birthday celebration for his mockumentary YouTube series.

But Manolo Gonzalez, 19, may have captured more than he expected for Mi Vida Con Toty (which translates to My Life With Toty, Vergara’s nickname).

It was an apparent marriage proposal.

In the video, Vergara is joined by boyfriend, Nick Loeb, and 107 members of her family and friends as they explore the Mayan ruins in Chichen Itza.

“Then one of my mom’s dreams came true. As a little girl, she always wanted to go to the top of the pyramids. Unfortunately, people are not allowed to do that anymore. But since it was her birthday, her team worked for months on end to get her special permission to go up!” Gonzalez says.

Soon after, the couple descends the stairs holding hands.

“Let me see the ring,” Gonzalez says, as Vergara smiles and shows off the sparkler – but does not say she’s actually engaged.

The next stop for Vergara’s birthday was a festive lunchtime party. With a mariachi band playing in the background, Vergara sips on cocktails and waves her ring finger at the camera.

Or maybe Vergara wanted to give her son’s YouTube series an exclusive on her relationship with Loeb.

“It was a gift from Nick. It’s a beautiful gift and a special ring but never meant to be anything more than that,” the source says. 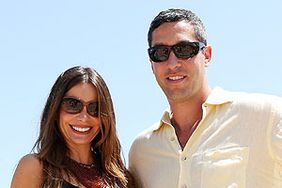