The internet is throwing a party.

Within hours, hundreds of memes, gifs and tweets using the hashtag made Swift the butt of the joke.

“Kim had that video all along but waited until #NationalSnakes day to post it #KimExposedTaylorParty,” one Twitter user wrote.

Another person tweeted: “Kim was like ‘go to bed baby. I got this’ #KimExposedTaylorParty.”

In the series of Snapchat videos, West, 39, appeared to rap the lyrics to the controversial song to Swift, saying, “To all my southside n—- that know me best/I feel like me and Taylor might still have sex.”

Swift is heard thanking West in the Snapchat footage for calling her and referred to the name-drop as a “compliment.”

“If people ask me about it, look, I think it would be great for me to be like, ‘He called me and told me before it came out … Joke’s on you, guys. We’re fine,’ ” Swift is heard saying in one clip.

After the footage was released, Swift took to Instagram to condemn the clips, writing that West never played the song for her and that she objected to being called “that bitch.”

“Being falsely painted as a liar when I was never given the full story or played any part of the song is character assassination,” the singer wrote.

Swift’s BFF Selena Gomez appeared to jump to Swift’s defense, tweeting, “This industry is so disappointing yet the most influential smh.”

Thanks to the tweets, 23-year-old Gomez, found herself at the center of a hashtag: “#SelenaGomezIsOverParty.”

Another Swift squad member, Martha Hunt, seemed to address the controversy as well.

“It’s pathetic how quick our culture is to sensationalize a fabricated story,” the model tweeted.

Actress Chloe Grace Moretz drew the ire of Khloé Kardashian when she appeared to join in on the drama, tweeting, “Everyone in the industry needs to get their heads out of a hole and look around to realize what’s ACTUALLY happening in the REAL world.”

“Is this the a hole you’re referring to @ChloeGMoretz ???”

Camilla Belle is also getting in on the action. The 29-year-old actress posted the image of a quote on Instagram which read: “No need for revenge. Just sit back & wait. Those who hurt you will eventually screw up themselves & if you re lucky, God will let you watch. She captioned it, #quoteoftheday #happymonday #felizsegunda.”

The pair have beef that stretches back to 2010, when Swift roasted Belle on the Speak Now song “Better Than Revenge” for allegedly stealing away her ex-boyfriend, Joe Jonas. “Soon she s gonna find stealing other people s toys on the playground won t make you many friends,” Swift sang on the track. “She should keep in mind there is nothing I do better than revenge.” 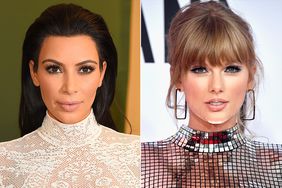