Rapper Snoop Dogg witnessed his three bodyguards as they were being arrested at New York’s Kennedy Airport on Wednesday after they respectfully checked their guns before boarding a United flight to Los Angeles, reports the New York Post. “They did everything correctly,” an airport official told the paper. “But they weren’t licensed to carry (guns) in New York.” James Ice, 35, Edward Hunter, 33, and James Archer, 40, were each charged with criminal possession of a weapon and then released. They are due in court on April 20. As for Snoop Dogg, whose real name is Calvin Broadus, “he didn’t stay,” said the airport official. “He got on his plane and took off.” 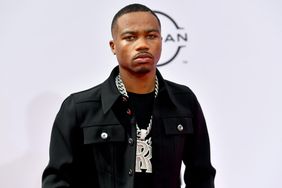