Snoop Dogg and two members of his entourage were arrested Tuesday on suspicion of illegally possessing a handgun and drugs following the rapper’s performance on The Tonight Show with Jay Leno in Burbank, Calif., say police.

Police spokesman Sgt. Kevin Grandalski said the rapper (real name: Calvin Broadus), 35, was arrested at 6 p.m. for investigation of being a convicted felon in possession of a firearm, possessing cocaine, transporting marijuana and having a false compartment in his vehicle. The bust followed a search of his Diamond Bar, Calif., home and his car, Grandalski said.

“The search warrant was served to further an investigation related to Mr. Broadus’s previous arrest on Oct. 26, 2006, at the Bob Hope Airport in Burbank,” the officer said in a statement. “The previous arrest was for being a convicted felon in possession of a firearm and for transportation of marijuana. After that arrest, Mr. Broadus was released on $35,000.00 bail.”

After this latest arrest, the rapper was released at around 1 a.m. Wednesday on $60,000 bail.

“He was in a car pulling out of the studio” when police stopped him, said Donald Etra, Broadus’s attorney, the Associated Press reports.

“As of this point, he stands innocent of all charges,” Etra said. “The goal tonight was to get him out of jail. The goal tomorrow is to deal with the case.” An arraignment is expected on Jan. 11, he added.

Also taken into custody Tuesday were Michael Mingo, 33, of Lakewood, for investigation of possessing burglary tools, and Lovell Polk, 36, of Moreno Valley, for an outstanding warrant, said Grandalski, who did not know the nature of Polk’s warrant.

Etra said his client also has a Dec. 4 arraignment in Orange County following his Sept. 27 arrest for investigation of carrying a deadly weapon – a collapsible baton, said security officers – at John Wayne Airport in Santa Ana. 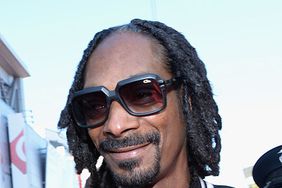 Snoop Dogg Detained in Sweden on Suspicion of Drug Use, Vows to Never Return