The actor is making a movie in Namibia despite a U.S. warrant for his arrest

Wesley Snipes’s work schedule will continue as planned in Namibia, where he is shooting a new movie, Gallowwalker – despite a warrant for his arrest in the U.S. on tax fraud charges, the movie’s producer tells the Associated Press.

Joanne Reay, said Snipes is on location in the desert and had traveled to Namibia to work, not to flee American justice.

“As far as we understand, Wesley is not going to be arrested in Namibia,” Reay said, adding that filming is scheduled to run until the third week in December.

“We are shooting and we are continuing to shoot,” she said. “We are aware of the issue around the tax charges, but we are not discussing it.”

Last week, Snipes, 44, was indicted in Tampa, Fla., on eight counts of tax fraud, accused of trying to cheat the government out of nearly $12 million in false refund claims and failing to file returns from 1999 through 2004. He could face up to 16 years in prison if found guilty.

Snipes is best known for his role in the trio of action-adventure Blade films and also starred in such movies as Jungle Fever and White Men Can’t Jump.

In May, Angelina Jolie and Brad Pitt welcomed their daughter, Shiloh Nouvel, in Namibia. 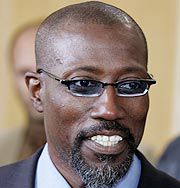 Wesley Snipes: 'I Look Forward to Clearing My Name' 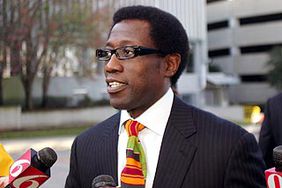 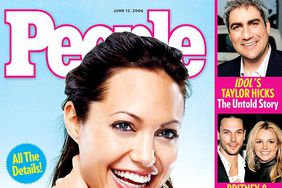