Canadian country siren Shania Twain and actor-rapper Will Smith top the list of nominees for the 26th annual American Music Awards. Twain was nominated in five categories, including favorite female artist and favorite album, both in the pop/rock and country categories. Smith, whose latest film “Enemy of the State” just opened, picked up four nominations, while Celine Dion has three. The awards will be handed out on Jan. 11 in Los Angeles. 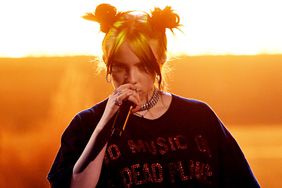