"We are enjoying some very private family time," the singer says on her Web site

Sheryl Crow has adopted a 2-week-old boy, the singer announced on her Web site.

The child was given the first name Wyatt, after Crow’s father, and the middle name Steven, after both her younger brother Steven Crow and manager Steven “Scooter” Weintraub, she said on her site.

“We are enjoying some very private family time,” Crow wrote.

The singer’s rep gave no other details except that the child was born in the United States.

The announcement came after Crow, 45, wrapped up a Stop Global Warming college tour – a vegetable oil-powered bus tour with An Inconvenient Truth producer Laurie David of 11 campuses to inform students about climate issues.

Now, her rep tells PEOPLE, “She’s just going to take some time off to be a mom.”

The adoption caps an emotional stretch for Crow. She split with Lance Armstrong in February 2006 and was diagnosed with breast cancer that same month (she has since successfully completed treatment). 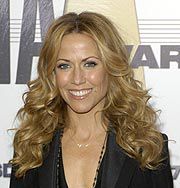