Shawn Ashmore is off the market.

The X-Men star, who played the mutant Iceman in the superhero movies, married film executive Dana Renee Wasdin on July 27 in Los Angeles, ET Canada reports. The couple exchanged vows in an intimate ceremony before family and friends at SmogShoppe gallery and event space.

“Thank you to everyone for sending Dana and I well wishes!!! We couldn’t be happier,” Ashmore wrote on Twitter after the wedding.

Wasdin – an exec with Darkwoods Productions – then Tweeted a photo of the newlyweds and wrote, “I’m so proud to be an Ashmore!”

On Tuesday, she Tweeted at her hubby writing, “@shawnrashmore you make me so very happy!”

The couple, who met on the set of the drama Frozen where she was an assistant director, got engaged last October.

“I just got down on my knee on the couch in our living room and just proposed and she was shocked and she obviously said yes and it was amazing,” Ashmore said at the time. 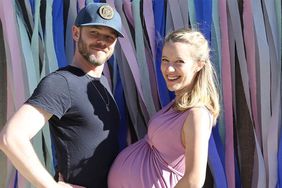