Actor William Shatner, 69, famous worldwide as Capt. James T. Kirk of “Star Trek,” and his girlfriend, Elizabeth J. Martin, 42, about whom not much seems to be known (so far), both of Los Angeles, have paid the $62 out-of-state residence fee and applied for a marriage license in the central Indiana town of Lebanon, local county clerk Lisa Garoffolo told the Associated Press. If a wedding does indeed go through, it would mark Shatner’s fourth marriage. (The couple has 60 days after applying for the license to tie the knot, said Garoffolo.) Shatner’s first two marriages ended in divorce. He is the father of three children, born in 1958, 1961 and 1964. Shatner’s third wife, model Nerine Kidd, a onetime runner-up in the Miss World contest, died Aug. 9, 1999, when she drowned in the swimming pool at the couple’s Los Angeles home. Shortly after the tragedy, the actor told reporters outside his house, “My beautiful wife is dead. She meant everything to me. Her laughter, her tears and her joy will remain with me the rest of my life.” 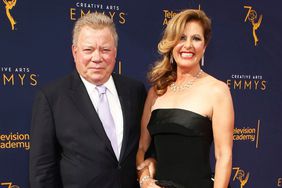 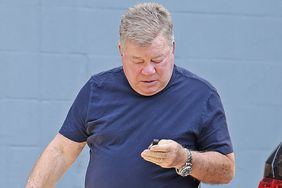