Sharon Stone on the New Guy in Her Life

Sharon Stone’s son Roan Joseph Bronstein was psyched to meet his kid brother. Standing next to his mother in Texas on May 7, he sized up the tiny creature with the cleft chin he’d been sworn to protect: cute, squirmy, smelly – no problem.

“It was charming,” Stone tells PEOPLE of her 5-year-old, “to see Roan so touched and full of emotion.”

He wasn’t the only one. Stone, 47, recalls the sense of exhilarated disbelief she felt when she learned she was about to become a mother again. “I have been trying to adopt a second child for years, with general fits and starts,” she says. “So I didn’t totally, totally believe it until he was in my arms.”

After learning the baby she had arranged to adopt was due in early May (she will not divulge the identity or circumstances of the biological parents), Stone travelled from London, where she’d been filming Basic Instinct 2: Risk Addiction, to Texas, then back to her home in Beverly Hills.

[IMAGE “1” “right” “std” ]There, her sister Kelly Stone Singer, 44, her best friend, Mimi Craven, 47, and a close group of pals were waiting with open arms for Laird. “We just never put him down,” says Craven. “Kelly was in tears. Roan kept running up to us going, ‘I have a baby brother! I have a baby brother!’ Sharon counted his toes and fingers. She was so proud. She was beyond happy.”

Stone was also grateful. Though “I always wanted a large family,” says Stone, it did not come easily. She suffered several miscarriages before she and her ex-husband, newspaper editor Phil Bronstein, adopted newborn Roan in 2000. They have shared custody since their split two years ago.

Stone’s new arrival, like Roan, has a Celtic name. Laird is also the middle name of her late acting teacher Roy London; Vonne is Stone’s middle name. So, how is she handling single motherhood? “I multitask,” she says. Plus, “I have more love, help, friendship and kindness than at any other time in my life.”

Though she has “no interest” in dating, Stone is interested in directing and songwriting. “Her children get to see what s possible in the world,” says Craven.

They Said What? The Week's Best Celeb Quotes 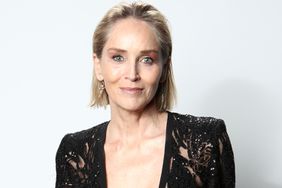 Sharon Stone is a mom again! 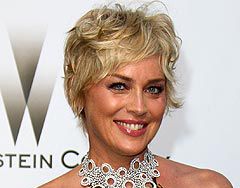 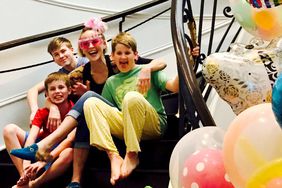