Shannen Doherty may have made a name for herself on Beverly Hills, 90210, but when it came to her wedding on Saturday, the zip code of choice was Malibu.

The TV actress, 40, who most notably played Brenda Walsh, said “I do” to her fiancé Kurt Iswarienko at sunset, PEOPLE has confirmed.

The black-tie affair took place at a private estate nestled in the hills.

The nuptials reportedly are airing on the season finale of Doherty and her new hubby’s upcoming WEtv reality series about planning for the big day.

The third time’s the charm for the Badass author, who previously had short-lived marriages to Ashley Hamilton and notorious Paris Hilton sex-tape costar, Rick Salomon.

The actress told PEOPLE nearly a year ago that when it comes to tying the knot, she has a positive outlook.

“Marriage to me is such a gigantic commitment that it’s not something I’d ever go into lightly anymore,” she said. “I’ve learned my lesson.” 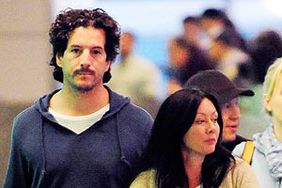 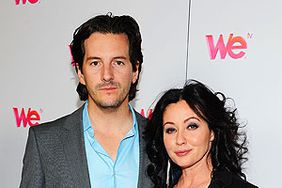