Moakler, a state pageant official, tells PEOPLE she now supports Carrie Prejean after venting her frustrations at her

It took some high-level diplomacy by Donald Trump to make it happen, but now Shanna Moakler offers her conditional support for Miss California USA Carrie Prejean following the controversy over the beauty queen’s nude photos and statements against same-sex marriage.

“Thanks to Donald Trump, we were able to have a meeting with Miss Prejean and her family alone for the first time since the pageant,” Moakler, the co-executive director of the California pageant, tells PEOPLE. “We were able to sit down and communicate and vent our frustrations. I am confident that she will stay true to the contract. I’m looking forward to returning to L.A. and starting fresh.”

After the New York meeting, which also included the other California pageant chair, Keith Lewis, The Donald, who co-owns the Miss Universe Organization, announced Tuesday that Prejean will continue to reign as Miss California USA and Miss USA runner-up despite the spate of bad publicity.

Moakler tells PEOPLE the meeting allowed them to clear the air with Prejean.

“Our issue was never about her opinions about same-sex marriage or the pictures,” says Moakler. “Our issue was with her complying with our agreement. When you sign the contract, we ask you to show us everything you are being offered. That wasn’t happening. After the pageant, we lost control of our titleholder.”

Contestants in the pageant are required to sign a 12-page document that, among several clauses, ensures that they conduct themselves “in accordance with the highest ethical and moral standards” and avoid making personal appearances, granting interviews or making commercials without authorization from pageant officials.

A Question of Control

After Prejean won the coveted crown, she became the spokesperson for the National Organization for Marriage, without first consulting the Miss California USA organization. “She had agreed to come to us when she’s been offered something, but that wasn’t happening,” says Moakler. “That’s where the red flags started being raised for us. … We did not want her to become the spokesperson for NOM.”

Moakler also worried about Prejean. “She’s part of our family,” says Moakler. “We care about her. But she’s only 21 and we felt like she was being exploited. These people were not around for Miss USA but they sure were afterward. They jumped on her bandwagon and tried to exploit her. We are trying to protect her.”

But Moakler says they couldn’t protect Miss California USA because they couldn’t get to her. “We were dealing with too many chefs in the kitchen,” she says. “We could never deal directly with Miss Prejean. We had to go through her handlers and publicists.” 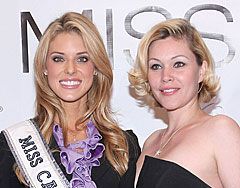 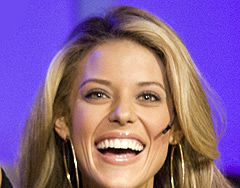 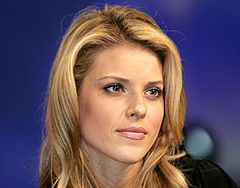 Carrie Prejean Fires Back at Being Fired 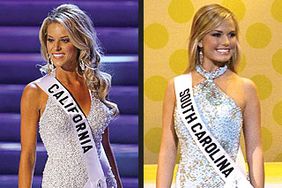