Shamelessly — and adorably — in love!

Shameless star Noel Fisher married actress Layla Alizada July 15 in front of 60 of their closest friends and family members in the couple’s back yard. In the exclusive first photo from their big day in Los Angeles, the bride shows off her elegant Morilee lace gown (selected with celeb stylist Lo VonRumpf), perfectly paired with the actor’s blue Kenneth Cole suit.

“We always wanted a wedding that was small and intimate,” the couple told PEOPLE of their big day, which was planned by Charisma Bote-Zenetzis and featured décor by TLC Design Group. “It was a magical day and even more special having so much of it put together with the help of our loved ones.”

The newlyweds — who met in the makeup trailer on the set of Canadian TV series Godiva’s in 2005 before connecting at the show’s wrap party — then celebrated with a Mediterranean-inspired menu and white wine from Patricius Tokaj.

“[We’re] so grateful for the people in our lives, and that everyone was able to share this day with us,” added the Los Angeles-based couple.

FROM PEN: Julianne Hough & Brooks Laich ‘Never Stopped Looking at Each Other’ During Perfect Wedding

In addition to the Showtime hit, Fisher appeared in a June episode of Fear the Walking Dead and stars in National Geographic’s summer miniseries, The Long Road Home. Alizada can be seen in Hulu’s Shut Eye.

Fisher proposed to Alizada in 2014 while the two were vacationing in French Polynesia’s Bora Bora. 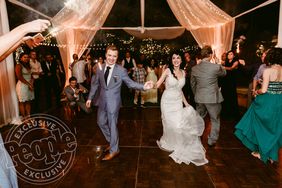 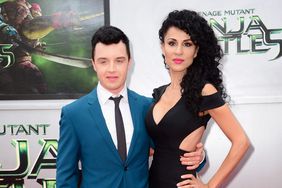