Sexy Stars and Their Sidekicks!

See Jake, Orlando and others hang with their constant companions – their dogs, big and small. By Julia Wang and Brian Orloff

Scott Wolf and his Maltese, Scooter – who even tags along on family camping trips – bask in the great outdoors near the Nine star's Park City, Utah, home.

Besides his amigos Matt and Lance, Jake Gyllenhaal travels in another pack – his posse of pooches! Jake's puggle, Boo Radley (left), and German shepherd mix, Atticus Finch, are both named after characters from the classic novel To Kill a Mockingbird.

Orlando Bloom and his dogs, Sidi and Essa, revel in the ocean spray during a seaside walk in the Bahamas. Just like their British owner, the former strays also have an international pedigree: They were adopted by Bloom while he was shooting Kingdom of Heaven in Morocco.

Gavin Rossdale can't help but hug it out with his best mate, Hungarian sheepdog Winston – who stood by the singer's side at his 2002 wedding to Gwen Stefani – during a London stroll.

Matthew McConaughey and his Australian cattle dog Foxy make quite a dashing pair at the Malibu shore. PEOPLE's Sexiest Man says of his adopted pooch, "She's also a great athlete and incredibly active" – and one lady friend who's able to keep pace with the sporty Texan!

Adrien Brody used his beloved Chihuahua Ceelo Vicious for inspiration while filming King Kong in New Zealand. "He was the emotional basis for the scene when I was searching for Naomi (Watts's) character," Brody has said. "She's lost in the jungle and I'm calling for her. That was very real to me."

Stars and Their Dogs! 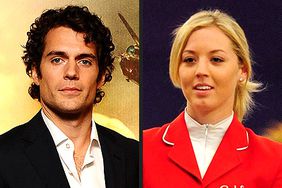 Trump to Sidekick: 'You're Fired!' 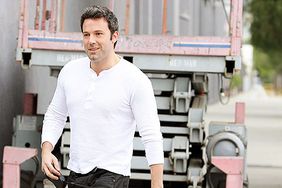 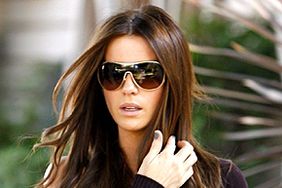