Selma Blair is back on the market. The actress confirms to PEOPLE, “I’m single.”

So when did she split with boyfriend Matthew Felker? “Oh, it was a while ago,” the star explained at the L.A. opening of the new Kiki De Montparnasse lingerie store. “While I was in Budapest [filming Hellboy 2].”

Blair, 35, and the model-actor (best known as Britney Spears‘s kissing partner in the “Toxic” video) met through mutual friends. They and had been dating steadily since her divorce from Ahmet Zappa last November.

“I’ve just been reconnecting with my friends,” Blair says of life post-boyfriend.

Before catching up with Ashley Olsen (who was also on hand for the launch), Blair was game to pose with some of the store’s more provocative wares – namely leather whips and gold-plated handcuffs. Surrounded by lace slips and garter belts, the actress said her newly single status doesn’t lessen her love of lingerie. “I have a lot of it, but mostly for myself,” she said. “It just makes you feel beautiful.”

And that, incidentally, is also what she’s looking for in a man. “I want someone who makes me feel good,” she said, adding with a sly smile, “if you know what I mean.” 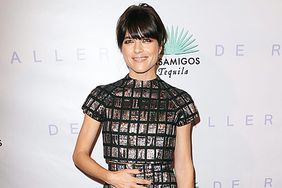 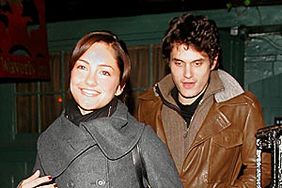