Selena Gomez on the Difficulties of Dating: 'I Would Love to Date Older Guys' But 'I Look 16'

"I'm weirded out by the idea that a guy has Googled me before we meet, and that has happened," Gomez explains

The 23-year-old singer and actress revealed there have been some difficulties in her dating life, telling InStyle UK that being a celebrity doesn’t always have its perks especially when it comes to love.

“I hate it. It’s hard,” Gomez tells the mag about getting back into the dating game. “I’m weirded out by the idea that a guy has Googled me before we meet, and that has happened.”

While she’s grown up since her days as a Disney Channel darling, the star reveals, “I feel like I look 16 sometimes, which is a bummer because I would love to date older guys.”

In the interview, Selena also shut down rumors she’s dating Zayn Malik, telling Selenators that they would’ve been aware by now. “If he had asked me out on a date, I would be seen with him. Just kidding, but not kidding,” she clarifies.

One thing she definitely wants to do is move forward from her very-publicized split from ex Justin Bieber.

“I’m just tired of talking about it. I never intended for my life to become a tabloid story,” Gomez admits.

Although there was a recent Jelena sighting, there is no sight of a rekindled romance.

“They care about each other and miss each other, but they’re not getting back together right now,” an insider recently told PEOPLE. 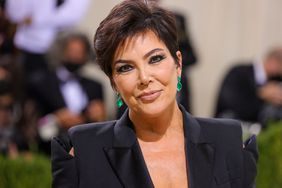