Jerry Seinfeld says the influence of his TV show isn’t as great as some suggest. “I don’t see how dropping a Junior Mint into an operation influenced the ’90s,” he joked about an episode in which a candy landed inside a patient. Seinfeld and the show’s co-creator, Larry David, were hosts of a retrospective on the program at the U.S. Comedy Arts Festival in Aspen. They said the show probably has had a genuine impact on contemporary language and the evolution of the sitcom form. The show popularized phrases like “low talker” and “master of his domain” — accomplishments David said were unintentional. “We never set out to write catch phrases. That was never done consciously.” The show did set out to depart from the normal sitcom style. “We took the sitcom off the stage,” Seinfeld said. “Every week we were outside. That had never been done before.” 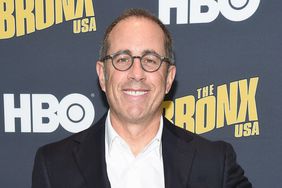