A source told PEOPLE that Odom was transferred to the ICU at Cedars-Sinai, L.A.

Lamar Odom was airlifted to Los Angeles on Monday night to continue his recovery, just days after waking up from a four-day coma.

In new photos, Odom can be seen being loaded onto a medical helicopter. A source told PEOPLE that the athlete’s estranged wife, Khloé Kardashian, was still by his side.

Odom was being transferred from Nevada’s Sunrise Hospital to the ICU at the famed Cedars-Sinai Medical Center in L.A., a source said.

“Khloé and several nurses are with him. Lamar still can’t walk but has left the hospital in a bed,” the source revealed.

Odom was initially hospitalized a week ago after being found unconscious and unresponsive at a Nevada brothel. On Sunday, PEOPLE confirmed that the former NBA player is no longer on a ventilator and is able to breathe on his own.

Despite positive steps toward recovery, another source told PEOPLE there is still a lengthy road ahead of the 35-year-old.

“He’s responsive, but there are so many things that could go wrong right now, and the doctors have still been guarded. Khlo has been praying a lot, both to herself and out loud to Lamar. She wants him to know that she’s still on his side, and that everyone is praying for him.”

The source added that Odom’s kidneys have been “very damaged and there is talk about him needing a transplant down the road, but that’s a long way off.” 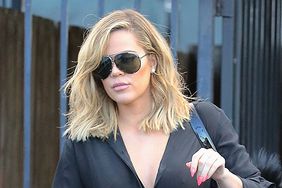 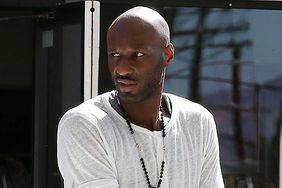 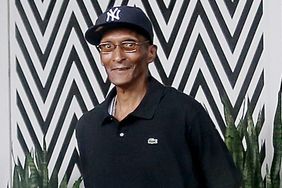