Britney and Kevin's firstborn turns 1 today – and what a year it's been! Check out the little tot's biggest moments. By Brian Orloff and Cara Lynn Shultz

At 24, Britney Spears is a mom twice over – and it's exactly how she wanted it. The pop princess who had yearned to be a young mother got her wish on Sept. 14, 2005, when she and husband Kevin Federline, then 27, welcomed Sean Preston (6 lbs 11 oz). And now? "He's about to start walking," she says.

Sean Preston met the world in a big way – on the cover of PEOPLE magazine, in which Britney and Kevin talked about their plans for baby's first Thanksgiving. Although they were prepping a major feast ("southern-style home-cooked recipes"), Britney's favorite time to spend with her son was more low-key: "[I love] taking an afternoon nap in the bed with him."

Only a month and a half old and Sean P was already a frequent flier (here carried by a bodyguard). The family touched down in Los Angeles after a visit to Britney's Louisiana hometown, Kentwood.

Britney – who said on her blog, "My baby is my religion" – introduced Sean P to Eastern beliefs at a Hindu temple in Malibu. While there, she got a traditional bindi mark on her forehead – which signifies the spiritual third eye.

But Sean P's year hasn't been without road bumps. Spears came under scrutiny when she was photographed in Malibu driving away from a swarm of paparazzi with her then 5-month-old on her lap. After the U.S. Secretary of Transportation called her actions "irresponsible," Spears explained to PEOPLE: "I was terrified that this time the physically aggressive paparazzi would put both me and my baby in danger. I love my child and would do anything to protect him."

Sean Preston (in a personalized jersey) gets a lift from proud dad Kevin. "Sean P ... that's my boy," Dad told Access Hollywood. "I get up in the morning with him and he's, like, all ready to play and stuff!" a

The tot's already got an entourage! Grandmother Lynne Spears and bodyguard Perry Taylor (a.k.a. "The Manny") are on call whenever Britney needs a helping hand. Taylor, a U.S. Naval Academy grad, is frequently spotted out with the family – but he's not a nanny. "He's protecting Britney and he's protecting the child," a close source tells PEOPLE.

A month away from delivering her second son, Mama Spears (here shopping with sister Jamie Lynn in Agoura Hills, Calif.) keeps her eyes – and sense of humor – focused on her firstborn.

Forget baby steps! Fifteen years away from getting his driver's license, and Sean's already got a mini Cadillac Escalade to practice on while his mother gets busy recording new tracks. "I've been going to the studio lately, and we've been trying out different nannies, but it's hard," Britney says of being a working mom. "It's personal because this person is with your child every day. I'm so torn right now."

He's only 1, but he's already an older brother: Britney, who announced that she was pregnant again on The Late Show with David Letterman on May 9 (left), welcomed her second son on Sept. 12 – just two days shy of Sean's birthday, and four days before her second wedding anniversary. "It's going to be weird," she tells PEOPLE of the timing. "But I love it." 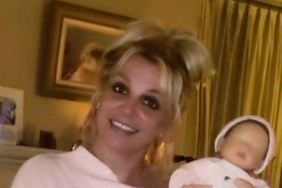 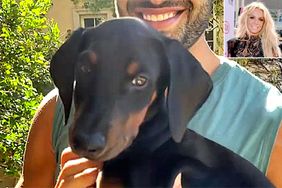