Alice's Adventures in Wonderland, narrated by Scarlett Johansson and directed by her sister Vanessa, is available via Audible Feb. 23

The actress, 31, teamed up with big sis Vanessa to recreate Lewis Carroll’s Alice’s Adventures in Wonderland, narrating the classic tale for Audible.

An accomplished voice actress and frequent Audible contributor, Vanessa sat in the director’s seat this time around to work with her sister.

“It was kind of a no-brainer,” Vanessa, 36, tells PEOPLE of collaborating with her sibling. “We’re very close and, as you can imagine, have been playing around and doing funny voices since we were little so it was great project for the two of us because we’re so used to inventing together.”

Their time in the studio lent itself to some natural bonding time for the Johansson sisters.

“There was a lot of laughter, a lot of goofiness happening. The story certainly warrants a lot of that,” adds Vanessa. “It’s a total wacky, crazy story – we were like, ‘Oh my god, that was written for children?!’ It’s so out-there, really!”

Audible’s Alice’s Adventures in Wonderland audiobook – performed by Scarlett Johansson and directed by Vanessa Johansson – is available for sale on Audible and Amazon Feb. 23. 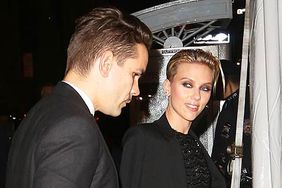