Sarah Silverman may have won an Emmy award for a song boasting of a romance with Matt Damon, but it was her ex-boyfriend, Jimmy Kimmel, whom the comedian thanked from the stage.

“Let’s be honest, Matt Damon had very little to do with this being popular,” Silverman, 37, said while accepting her award at the Creative Arts Emmys for the salty music video “I’m F—— Matt Damon” at the Nokia Theatre in Los Angeles.

“Thanks to the person for whom this whole video was made: Jimmy Kimmel, who broke my heart – ohh, who’ll always have a place in my heart,” Silverman continued.

The video, written and recorded for Jimmy Kimmel Live nabbed two awards – best original music and lyrics and a picture-editing award – at the Saturday show.

Performed as a joke with Damon, the song featured Silverman singing about cheating on Kimmel, her then boyfriend of five years, with the actor.

Kimmel and Silverman split in July before her Emmy nominations were announced.

While she has not spoken at length publicly about the split, in August, Silverman made a reference to her break-up during a comedy gig at West Hollywood’s Largo at the Coronet, telling the crowd, “Did someone tell you I’m going through a hard time?”

In her speech Saturday, Silverman also thanked her cowriters and joked, “this makes all the, ‘Hey, I’m f—— Matt Damon, too,’ totally worth it.” 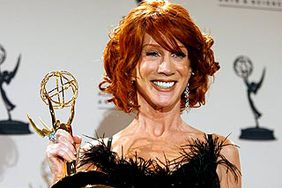 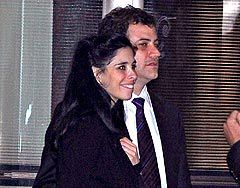 Jimmy Kimmel and Sarah Silverman Are Back On! 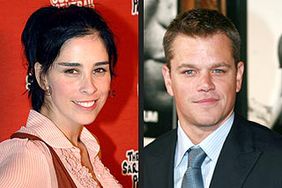