Newsom, 40, married Siebel, 34, in Stevensville, Montana on Saturday evening. The ceremony was officiated by a friend of the couple, Carol Simone, according to the mayor’s office.

Siebel, who has a recurring role on the NBC series Life, wore a Vera Wang gown and jewelry by S.H. Silver Company.

The couple’s sisters served as bridesmaids, while Newsom’s nieces were the flower girls and Siebel’s godson served as the ring bearer.

“I want it to be everything for her that she ever dreamed of,” Newsom told the local San Francisco NBC station earlier this week. “That’s why it is Montana. It’s her dream, right there on the river … I want it to be magical.”

Among the guests at the wedding were Speaker of the House Nancy Pelosi and her husband Paul, former San Francisco Mayor Willie Brown, Participant Media chairman Jeff Skoll, Sex and the City star Jason Lewis and Google founders Sergey Brin and Larry Page.

Nationally, Newsom is perhaps best known for ordering the city clerk to issue same-sex marriage certificates shortly after he assumed office in 2004. That led to heated national debate about gay marriage.

Newsom and Siebel plan to honeymoon in Africa, where she worked for the environmental organization Conservation International.

This is the second marriage for Newsom and the first for Siebel. 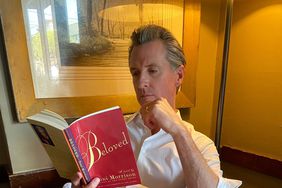 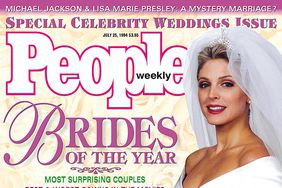