Sam Smith's Vocal Cord Surgery Speaking Ban Lifted: You 'Don't Know What You Got Until You Lose It'

Sam Smith is one step closer to getting back to those “la la las.”

The British singer-songwriter’s three-week speaking ban has finally been lifted following his May vocal cord surgery.

“I CAN SPEAK AGAIN!!!!!!!!” the star wrote on Wednesday on Instagram. Smith shared a photo of Ariel from the animated 1989 Disney film The Little Mermaid alongside the gleeful caption.

Smith was forced to cancel tour dates when he underwent the surgery for his damaged vocal cords.

“Sam Smith underwent vocal cord microsurgery by Dr. Steven Zeitels to stop recurrent vocal cord hemorrhage (bleeding). This condition is the result of unstable blood vessels in the vocal cord that can rupture and prevent vocal performance,” said the Massachusetts General Hospital, where Smith had the operation.

The Grammy winner, 23, was forced to stay silent for three weeks, and he is still unable to sing for three to five more weeks.

“Completely overwhelmed. Thank you so much Doctor Zeitels for everything,” he wrote on Instagram, sharing a photo with his Boston doctor. “You have truly saved me this past few months. Such an amazing man. You truly truly truly don’t know what you got until you lose it. I have fallen in love with music all over again over this past month, and more than ever I feel so blessed to be able to sing and do what I love every day xx.” 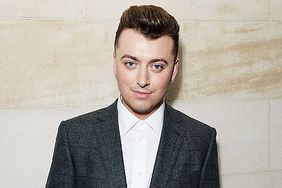 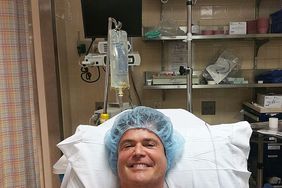 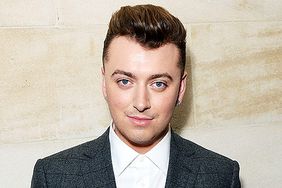 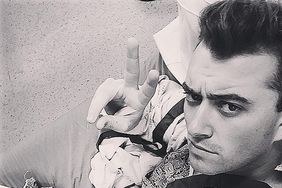