Sam and Nia Say They're Being Persecuted for Their Faith: 'As Long as You're a Christian In This World ... You're Going to Get Hatred'

YouTube stars Sam and Nia say they’re being persecuted because they are Christian after they revealed Nia’s pregnancy in a viral video and then announced she had a miscarriage days later.

“Absolutely everything is true,” Sam Rader tells PEOPLE. “We’re a Christian family, the last thing we would ever do is deceive our audience. We’re very open with our fans.”

He adds, “I think as long as you’re a Christian in this world and a God believer, you’re going to get hatred and persecuted and that’s just what you expect when you’re living the life of God.”

Almost immediately after announcing their miscarriage last week, online commenters began questioning whether they faked the entire incident to benefit their YouTube channel.

The chorus of critics has only grown louder since the Aug. 7 pregnancy video, which gained 14 million views and featured Sam using toilet water to surprise Nia with news that she was expecting.

A recent BuzzFeed story called into question Sam’s claims that he had resigned from his job as an emergency room nurse and also questioned the medical validity of their pregnancy and miscarriage story.

“I know it may seem like I m giving a little too much attention to the people that s drinking the ‘Haterade’ out there,” Sam said in video post on Monday. “But I have one final statement for them, okay, and that s it.” He later says that “the un-acceptance that this world has shown our family has actually been a blessing to me.”

Sam tells PEOPLE that his family has gained countless supporters for every critic who doubts the family’s story.

“The positivity far outweighs any hate we’ve received,” he says. “The love from around the world has just been overwhelming for our family.”

Sam says he believes God has chosen his family for this journey. Throughout the video he quotes Bible verses and says he laughs at his haters and chooses to count his blessings.

Near the end of Monday’s 13-minute video, Sam says, “Keep it coming, guys! Hit us with your best shot!”

“My point was, there’s nothing they can throw at us that we haven’t already heard,” Sam clarified to PEOPLE. “We’re unaffected by all the negativity just because the outpouring of love has been so overwhelming.”

Sam and Nia are high school sweethearts, according to their Facebook page. They have two children and a reality TV-style daily YouTube show about their adventures at 5 p.m. CT. 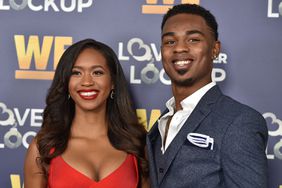 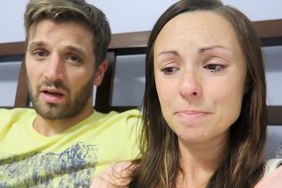 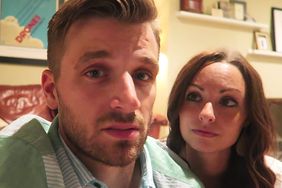 Sam and Nia Star Speaks Out on Ashley Madison Account: 'My Wife Has Forgiven Me' 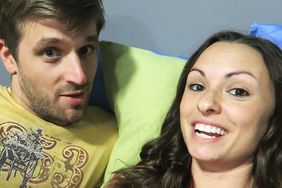 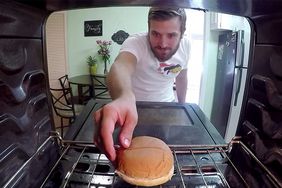