The on-again, off-again couple tied the knot on Valentine's Day in the City of Love

Hayek, 42, and Pinault, 46, were married on Saturday – St. Valentine’s Day – in the City Hall of the Sixth Arrondissement in central Paris, according to the publication, which is owned by the Pinault family.

There had been recent reports that the couple – whose daughter, Valentina Paloma Pinault, was born in Los Angeles in September 2007 – had reunited after they had called off their marital engagement in July 2008.

The two had originally announced their engagement in March 2007.

Friends of the couple tell PEOPLE that a Paris trip in September (when Hayek attended the Balenciaga fashion show) and another in November helped rekindle the pair’s relationship. Adds a source, they were “very evidently in love with each other, very affectionate in public” together at the Dubai Film Festival in December.

Only last week, Hayek, who’s been appearing on NBC’s 30 Rock, told TV host Rachael Ray that when she kisses Alec Baldwin on the show, “I keep telling Francois, ‘I imagine I was kissing you.’ ”

Pinault is CEO of the luxury giant PPR and the son of one of France’s richest men, Francois Pinault, whose fortune last year was estimated to be $16.9 billion by Forbes magazine.

Besides his daughter with Hayek, Pinaut also has two children from a previous marriage.

RELATED ARTICLES:
• Salma calls off her engagement!
• Salma says Valentina ‘changed me so much’ 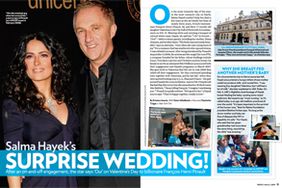 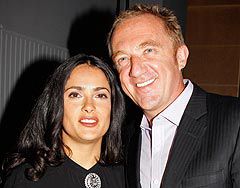 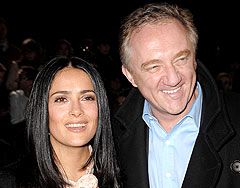