Randy McCloy, the lone survivor of the Sago Mine disaster that killed 12 of his fellow West Virginia miners in January, is going to be a daddy again, PEOPLE has confirmed.

This will be the third child for Randy and his wife, Anna McCloy, who is due in early spring.

“We could not be more thankful for the miracles that have touched our lives this year,” said Anna in a statement to PEOPLE. “We realize that it is still early in the pregnancy but we understand good news travels fast, and our friends and family are so excited.”

Randy was rescued from 260 feet underground on Jan. 2, just minutes from death as a result of carbon monoxide poisoning.

The McCloys have two children, Randall III, 5, and Isabella, 22 months. 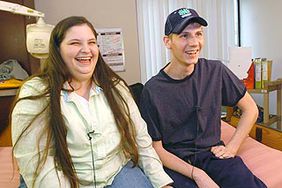 Randy McCloy, survivor of the Sago Mine disaster, to become a dad