Sad to See SXSW Come to an End? Relive Festival Highlights from This Weekend

All good things must come to an end, and that goes for having Ghost Beach provide PEOPLE with an exclusive three-part behind-the-scenes look at the music portion of SXSW this year.

Concluding their several days of non-stop parting, performing and people-watching, the tropical grit pop duo (Josh Ocean and Eric “Doc” Mendelsohn) took a break from their recovery process to give our readers an insider’s look at highlights from the weekend.

Capping off a week that included a run-in with Elvis impersonators and catching a Spice Girls cover performance by BFF Betty Who, the guys kicked off Friday with a much-needed caffeine jolt.

“At SXSW, the days get more and more fun as the week continues, so by Friday things were getting really good,” Ocean says. “First we went to our favorite new coffee shop, Houndstooth. This is the best coffee spot in Austin. They know exactly what you’re looking for, even when you don’t.”

Fully charged and ready to dominate the day, the guys made their way to the BMI + Billboard brunch and caught up with fellow folks in the music industry, while taking in another Betty Who performance, along with American Authors, who took center stage as well.

“The buffet and acoustic show was a welcome break from all the craziness in town,” Mendelsohn says, adding that Empire Auto was the next place to be.

“We went to the Future Classic showcase where we saw Australian group Seekae perform a hypnotizing set,” he says. “If you don’t know them already, get familiar. We were blown away, almost literally, by the heavy bass.”

By nightfall, all signs pointed to the All Things Go and Indie Shuffle party at Maggie Mae’s Rooftop.

“This was one of our favorite venues all week,” Ocean says. “These guys really know how to throw a great party. The lineup was amazing with Great Good Fine OK, Joywave, COIN, Wolf Alice, Lowell and ourselves. The dance floor was electric during our set and it was a wild last live show for us. We had people crowd surfing, jumping and moshing. Basically, the security guys’ worst nightmare, but amazing for us and the crowd.”

And following what has seemingly been occurrences for the guys, the very end of the night was once again the most random.

“Finally as we were loading our van, we passed by a guy performing beat boxed pop songs through a traffic cone,” Mendelsohn says. “He did a perfect rendition of ‘Blurred Lines.’ It was weirdly impressive. Only in Austin!”

By the time Saturday rolled around, the guys were wiped, but still managed to muster up the energy for one final day of letting loose with their musical peers.

“Saturday at SXSW is always epic and this year was no exception,” Ocean says, adding that they kicked off the day with a BBQ feast at Salt Lick, 30 minutes from downtown. “Usually, you have been partying straight for days and are not sure how you can find the strength to do it one more night.”

After they ate and conducted an interview to promote their new album Blonde, they headed to Cheer Up Charlies for the Wild Honey Pie party.

“The lineup was solid,” Mendelsohn says. “We caught Oberhofer and Pure Bathing Culture. The decor really transported you to the backyard party of your dreams.”

Next up? Catching some of their pals’ deejay sets at Le Green Room at Brew Exchange.

“We had heard the [hype] all week about the party, thrown by The Most Definitely and Beautiful Buzz,” Ocean says. “We arrived to watch our buddies The Knocks crushing to a packed house. The energy at that venue was on fire, a sure sign those promoters were doing something right.”

And lastly, “The night peaked with the SXSW debut of DJ Dart Party, who brought the energy of the night to a massive high,” Mendelsohn says. “Craving even more music, we soon found ourselves closing out the night in a South Austin dive bar with some amazing live blues. It was a great way to end this incredible week. 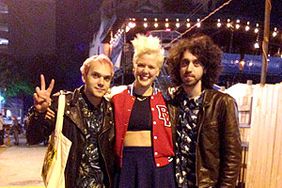 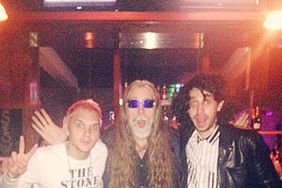 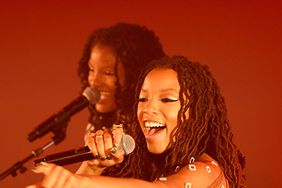 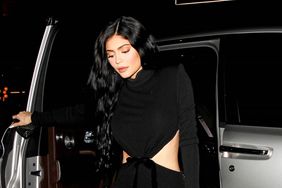