The TV special will mark the 76-year-old Clark’s first broadcast appearance since his stroke, which forced him to bow out of last year’s show.

“I’m not a doctor and I’m not his wife so I don’t see him on a daily basis, but he will not be in a wheelchair on the telecast,” Seacrest, 31, told the Associated Press, adding that Clark “has gotten better and better each day. I don’t think he is 100 percent, but I think he’s better than he was last week and better than he was six months ago.”

As for Clark’s voice, Seacrest said: “It’s not exactly as it probably sounded when he was his healthiest and before the stroke, but it definitely sounds like Dick and I think that he’s been working on his speech and making sure that it’s as good as it can be on the night.”

Questions about the state of Clark’s health arose this week when ABC released a publicity photograph of Clark and Seacrest with another cohost, Hilary Duff. The shot of Clark had obviously been heavily computer-enhanced and/or was an old photo. ABC and Clark’s reps declined comment on the picture.

According to Seacrest, Clark is ready to give 100 percent. “I know that he is one of the most driven and focused individuals on the planet. And so when he puts his mind to something and when he wants to do something like this television show and be there for everybody to see him, he’ll do it.” 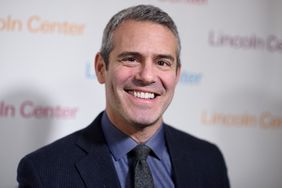 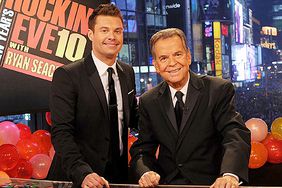