The Deadpool star, 40, headed to Harvard University on Friday to receive the 2017 Hasty Pudding Award

He may portray Deadpool superhero Wade Wilson, but Ryan Reynolds is really just a family man.

The actor, who was honored with the Hasty Pudding Theatricals 2017 Man of the Year award at Harvard University on Friday, says his proudest moment as a parent is seeing his older daughter James, 2, interacting with her little sister.

“Just seeing my older daughter be so infatuated with our younger daughter, who’s 4 months old,” said Reynolds, who is married to actress Blake Lively. “Seeing her kiss her and hug her and hold her, it kinda crushed me. But would put anyone else to sleep.”

Clad in a black velvet tux, the actor took center stage at Farkas Hall, where the cast roasted some of Reynolds’ less successful films, like The Green Lantern. Forced to dig through a garbage can for an actual green Lantern, the cast members forced him to smash it to pieces with a sledgehammer. “This is actually worth more than all the revenue of the film,” Reynolds joked.

“Oh God, that’s a terrible thing to do,” he said. “You know we’re in Boston, right? Tom, I’m afraid your voting skills are as bad as…” before trailing off.

At the event’s press conference later, Reynolds lamented that despite Brady’s close relationship with President Donald Trump, he’ll be rooting for the Pats in this weekend’s Super Bowl.

“I’ll be rooting for the Patriots and for Tom Brady. I’m very excited, and I’m hoping for a humiliating defeat against the other team,” said Reynolds. “Green Bay is my main team but when they’re out, I just enjoy the Patriots.”

While he manages to pursue both comedy and drama, Reynolds says he loves comedy simply because “it’s everything.”

“It’s one of the greatest tools of social commentary,” he explained. “In the best of times it;s amazing. In the worst of times, it’s even better. For me, it’s a real shelter from the storm and I know it is for a lot of people too. I love smart comedy. I think its value is somewhat under-appreciated in the arts, but overall, I think it ain’t going anywhere.”

Reynolds’ tone turned appreciative when asked about Jake Gyllenhaal recently said Reynolds should have gotten an Oscar nomination for Deadpool. “It’s always generous for another actor, who’s in that conversation as well, to bring up someone else in that kind of light,” Reynolds said. “But I wish I could say I’m surprised. But I’ve known Jake for a while and he’s one of the most talented and generous actors. I was pretty touched by that.”

Before the show on Friday, the actor headed to Harvest Restaurant in Cambridge, where he and the Theatricals feasted on seared salmon with black rice, and roasted baby beets, house-made rigatoni with a parsnip puree in a parsley pesto, and Green Circle Farm chicken breast with farro and harissa. Post-meal, Reynolds posed for a quick photo with the staff while looking extremely dapper in a tie, tweed vest, and gray sport coat.

“He was really wonderful,” a rep for the restaurant told PEOPLE. “Everybody had a great time. He was gracious with his time and really nice with the staff.”

After lunch, Reynolds took a tour of Farkas Hall and was then serenaded by Radcliffe Pitches, Harvard’s oldest acapella group.

Last week, Octavia Spencer was honored as the Theatricals’ Woman of the Year and was paraded through the streets of Cambridge with group members in drag by her side.

Reynolds joins a list of Man of the Year winners dating back to 1967 when Bob Hope took home the inaugural title. Recent winners include Neil Patrick Harris, Chris Pratt and Joseph Gordon-Levitt.

The award tops off a whirlwind past few months for the actor, who welcomed his second daughter in September, received his star on the Hollywood Walk of Fame and even got some award season love for his hit passion project Deadpool. 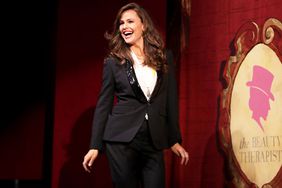 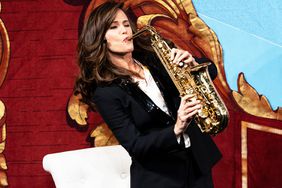 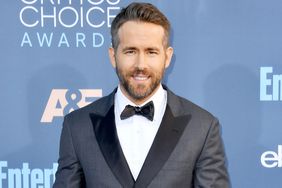 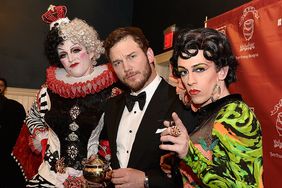 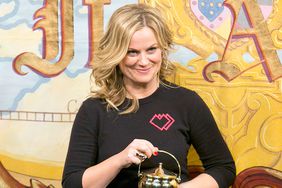